PUBG Mobile has announced its latest 0.19.0 update that brings a host of interesting features. The new update brings the much-teased Livik Map along with Royale Pass Season 14: Spark the Flame theme along with Ancient Secret-themed gameplay and more.

Players on different versions are unable to invite one another, reveals the company. Furthermore, the company has revealed that players who update the game between July 7 to July 12 will get 2,888 Bp along with 100 AG points and nightmare helmet set (3d). So, let’s take a closer look at the latest PUBG Mobile 0.19.0 update: 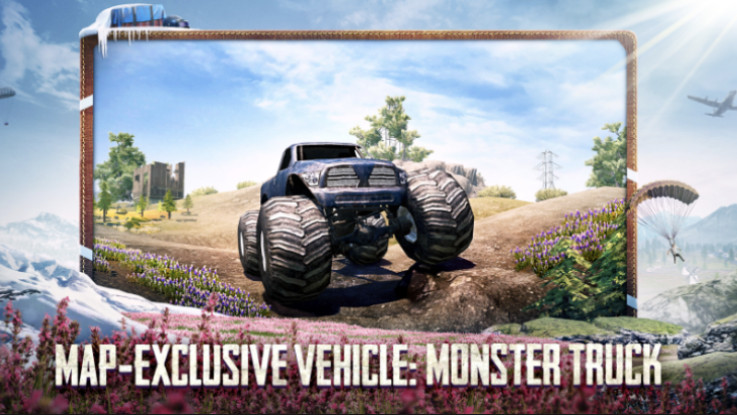 The company has been teasing the new map for a while now and it has finally unveiled it with the 0.19.0 update. This the Nordic-style map that measures 2km x 2km. The company says that 52 players are allowed in this map and each gameplay takes about 15 minutes. The new map is still in beta stage and the brand will continue to adjust and improve it for better visual and gaming experience.

The company has introduced a new themed mode that will be available in both Erangel and Miramar maps in Classic Mode. Players will get to see different Statues. The Small Statue burns up after interaction and it drops supplies and event items after burning. Then there is the Giant Statue that has multiple construction stages that change as the themed event progresses. The Giant Statue burns at the final stage. Apart from this, the model also comes with a new Status Camp, which is tents around the statue through which players will get different supplies.

The company has revealed that the new Royale Pass Season 14 will be introduced on July 14. The new theme comes with better level rewards and new multi-form outfits. The company has revealed that it will bring back the Roaring Dragon and Dragon Hunter-themed rewards. There is a new RP Prime subscription available in collaboration with Google. Includes both Prime and Prime Plus, which can be subscribed to simultaneously. Supports monthly, quarterly, and yearly subscription.

Players can collect 300 or 900 RP Vouchers every month, along with redemption discounts and Airplane Ranking display perks. One can instantly view consecutive purchase perks and preview other exclusive RP perks. 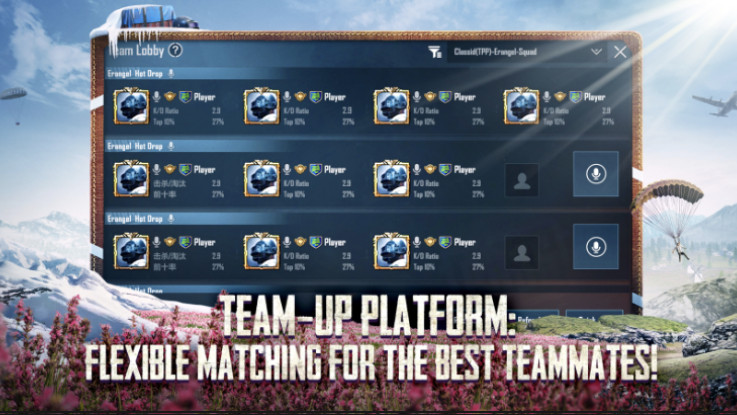 The badge icon feature is available on the Profile and Mode selection screen, displaying the number of times that a player has reached the Ace tier.

Coming to the Team-up platform, it will help players find suitable teammates. The platform displays directly the player’s KDA, Top 10 per cent, tactical style, etc., as well as recruitment information like the team’s strategy and objectives, etc. Idle players can view the currently recruiting teams based on conditions such as the selected mode, language, etc.

The company has also revealed a new Ancient Secret mode, which will be available soon. The players can choose whether to participate via settings on the Mode Selection screen. The mode consists of a new Ancient Temple that is a large building with a two-story structure. It initially sits on the ground, but it starts to float in the air after a fixed period of time and moves slowly with the play zone. The mode comes with an interactive puzzle made up of ancient slates and it also features Boss fights where the players have to challenge the boss of the temple and win good rewards. It also comes with small ruins with crates and puzzles.

The company has also revealed a new warm-up event that will be available for a limited time. After joining the event, players will battle in 4-player teams in Classic Mode (unranked) and can complete missions to earn a small amount of Season 14 ranking points, which will be converted into Season 14 season rating points after the update of Season 14.

PUBG Mobile has introduced a new Team Gun Game mode, which will be available on Friday, Saturday and Sunday starting from July 31st. The 4vs4 match is quite interesting. Players will have the same weapons, but they can be upgraded by defeating opponents. The winner is the first team to use the final weapon, the Pan, to defeat the opponents or the team with the highest score when times run out. The new game mode also comes with a new map known as Library, which is a first-ever indoor map from PUBG Mobile. It comes with a symmetrical layout and three assault routes: left, right, and centre.

The update also brings new Loadout attachment: Barrel Extender. This is a muzzle attachment that can be used with the vast majority of Sniper Rifles, Rifles, and SMGs. It increases the firearm’s effective range and reduces the damage reduction of bullets due to distance.