The leaked data includes email ID, phone number and date of birth of all these users.

Hackers are having a field day these days, and after Zoom data was leaked, it's now Facebook's turn to make the headlines.

A new security research claims that data of over 267 million users on the platform has been leaked, and is selling on the dark web for $540 (Rs 41,000 approx).

Facebook has been criticised for its security standards, and data breaches have become a common affair for the company ever since the Cambrigde Analytica episode went public few years back.

The new report comes via Cyble, who have mentioned that while passwords of the users weren't breached in this leak, their email ID, date of birth, name and phone number is now part of the sale package for the highest bidder.

strange that data of millions of users is available for less than $1000 (Rs 76,000 approx), but Cyble was able to confirm the presence of the data as it bought the data, downloaded them and accessed the content as well. 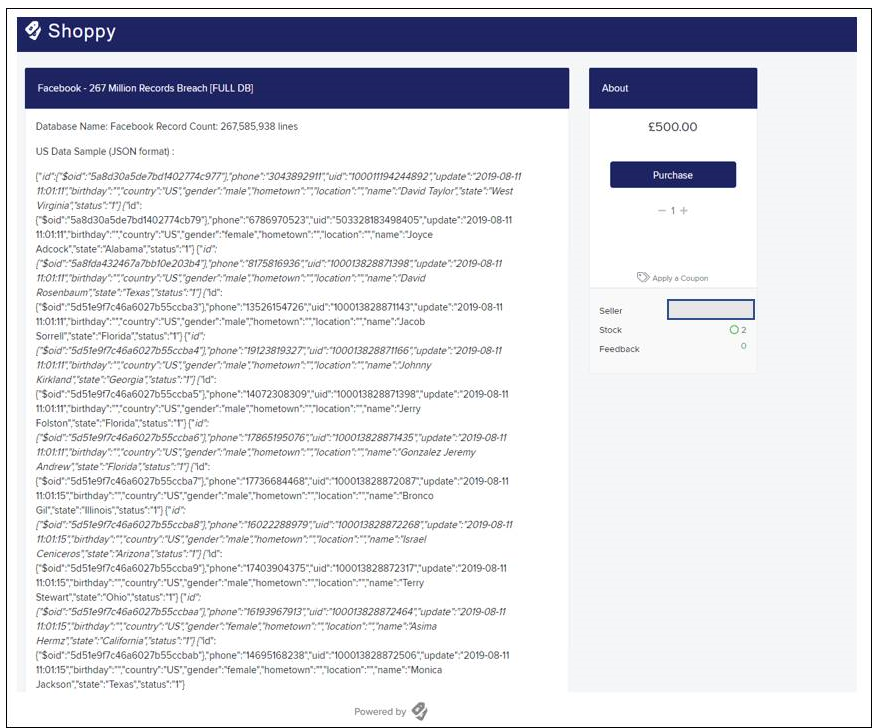 The report doesn't tell us if Facebook users from India are also part of the list, but considering the number quoted in the report, it's likely that some of these victims reside in the country.

The report adds that  they still don't know the source of the leak, but their best guess is the data might have leaked through third-party APIs, something that has been reported at Facebook quite a few times now.

The researchers admit that even though passwords were not accessed by the hacker, users should change their access codes for their account, in order to make sure nobody takes control of their account.

Users havealso been asked to not open mails from unknown sources, as the hackers might use the available user information for phishing or scamming them.