Consumer electronics manufacturer Portronics has launched a new dual-purpose car accessory - the Charge Clamp. It’s essentially a wireless mobile charger which doubles up as a car mobile holder allowing users to keep their phones secure when being used in a car

The Charge Clamp looks like any car mobile holder which can hold a smartphone of 9-inches and at the same time charge the device wirelessly. There are three movable hinges allowing the device to be held and tiled at an angle of choosing for convenience.

The latch at the bottom allows the Charge Clamp to securely mount smartphones firmly on to the holder and secure it in such a way that it wouldn’t accidentally fall in the car when driving on bumpy roads. The charger weighs in at 245 grams and is designed to protect a phone from current surge, overvoltage, over-temperature protection and summer heat as well. 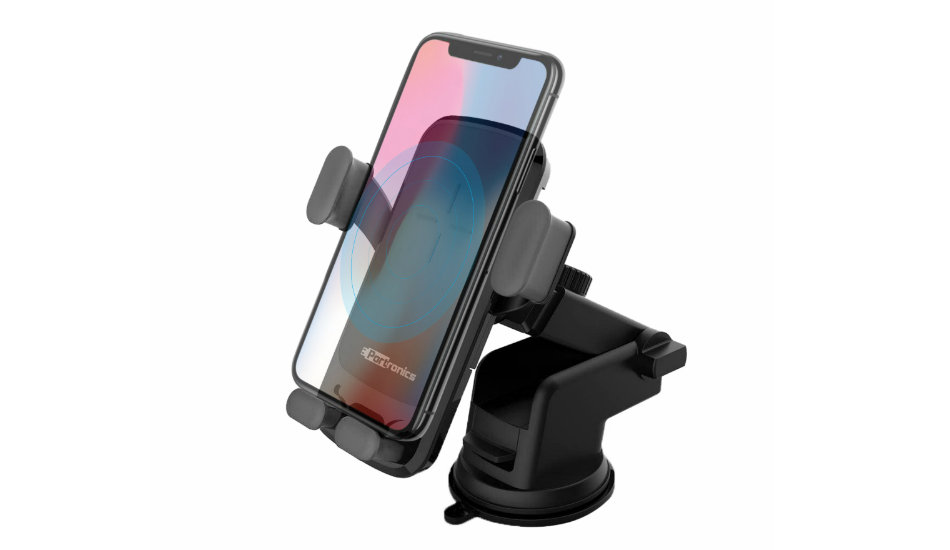 The Portronics Charge Clamp will be available with a 12-month warranty for an asking price of Rs 2,499 from offline and online stores across India.