Fluid Football has been a smash hit on the iOS platform and certainly can also be expected to be popular among Android users too.

It seems like football season on Android has just begun in full swing. Just about a couple of days back, we witnessed the launch of Gameloft’s Real Football game for the Android and today its users are again in for a treat with the launch of popular iPhone game, Fluid Football, for the Google operating system.

Fluid Football has been a smash hit on the iOS platform and certainly can also be expected to be popular among Android users too. The game is available for free but users have to open their wallets to unlock advanced games and game modes through in-game purchase options.

The Fluid Football game is not just another football game but a hybrid between an action and a strategy game. The game is not only just about playing football, rather it also teaches the payers how to strategise using multiple players and overwhelm the opponents to win the game. 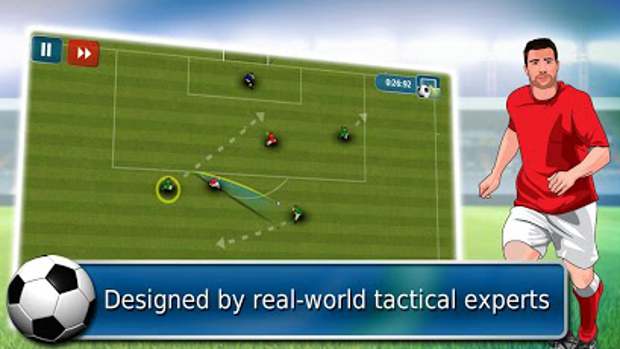 It is an addictive strategy game that asks users to take real-time tactical decisions. It places users at the heart of the action, letting them call the shots and test their strategic know-how in a series of high pressure on-field situations where only they can decide the best way to beat the defense and carry their team to victory.

And that’s not all as players also get a full tutorial teaching them about the various strategies or moves they can make to beat a particular defense made by the opposition.

The game can be installed on devices running Android version 2.2 and above. The game does not have a high end graphic requirement and therefore can easily be played on low end devices too.