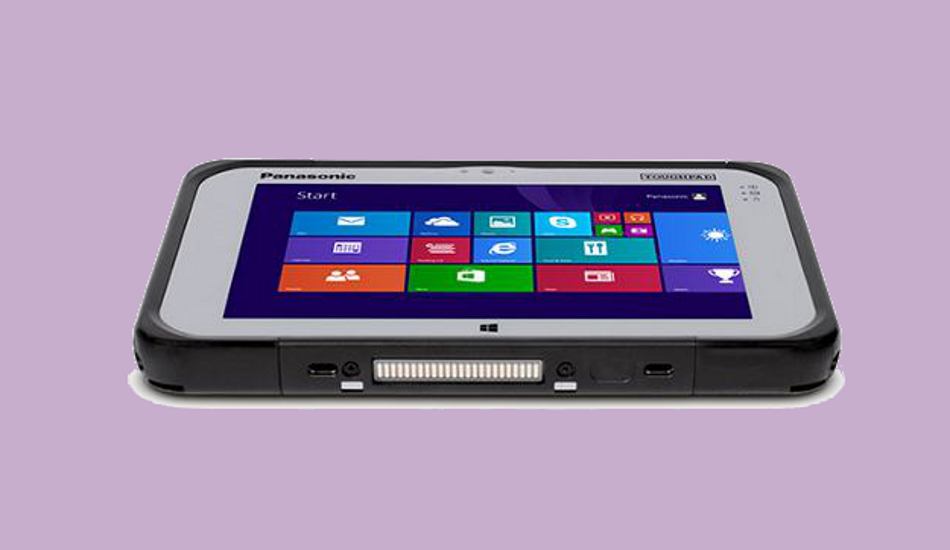 Panasonic has today announced the availability of its online exclusive smartphone range to customers across all leading retail outlets in the country. Along with the recently launched P100 (2GB), Eluga I9, Ray 500 & Ray 700 will be available to the offline channels.

Pankaj Rana, Business Head – Mobility Division, Panasonic India, said, “Responding to the growing demand from our consumers and the overwhelming response we have received form our customers after making our first dual camera phone, Eluga Ray 500, available through leading retail outlets we have made a strategic move of increasing the presence of our online portfolio across the offline channel. The three devices that have been made available offline are ElugaI9, Eluga Ray 700 and P100 (2GB). These three devices have garnered great success and have been well received in the online space, and we believe this trend will continue in the offline space as well.”

The smartphone comes with a 5-inch HD display that has Corning Gorilla Glass protection. A 1.25 GHz quad-core MediaTek MT6737 64-bit processor and Mali-T720 GPU powers this phone. There is a 128 GB micro SD card slot as well.

The phone comes loaded with an 8-megapixel rear camera with 1.4 um pixel sensor. For selfies, the phone comes equipped with a 5-megapixel camera. The Android 7.0 based P100 has 2200 mAh battery, 4G VoLTE, WiFi (b/g/n), Bluetooth 4.0 and GPS.

The Panasonic Eluga I9 comes with Android Nougat operating system with a customised interface. The dual-SIM smartphone has a 5 inch HD display. It offers a 1.2GHz quad-core MediaTek MT6737 processor, 3GB of RAM, 32GB onboard storage and a microSD slot for up to a 128GB card.

The Eluga I9 offers a 13-megapixel rear camera and a 5-megapixel front camera. Flash light support is also available for both the cameras. For connectivity, it has 4G VoLTE, Wi-Fi, Bluetooth, GPS/ A-GPS, and Micro-USB port.

The Panasonic has a fingerprint sensor. Inside, it is fitted with a 2500 mAh battery. The phone comes in Champagne Gold and Blue colour options.

On the camera front, the device sports a 13-megapixel primary camera which has a 5P lens, f/2.0 aperture as well as a dual-LED flash. For the front, there is the same 13-megapixel shooter for selfies and video calling with LED flash, 5P lens and a f/2.2 aperture. The phone is backed by a Li-ion Polymer 5000mAh battery. The device measures 153.75 x 75.35 x 8.9mm and weighs 182 grams.

The Panasonic Eluga Ray 500 smartphone comes with a 5-inch HD display with a screen resolution of 1280 x 720 pixels and it is powered by a 1.25GHz quad-core MediaTek MT6737 processor.

On the camera front, the device sports a dual rear cameras compromising of 13-megapixel primary camera which has a 5P lens, f/2.0 aperture as well as a dual-LED flash and 8-megapixel secondary camera with a 6P lens and f/2.4 aperture. For the front, there is a 5-megapixel shooter for selfies and video calling with 3P lens and a f/2.4 aperture. The phone is backed by a Li-ion Polymer 4000mAh battery. The device measures 144.26 x 71.26 x 9.2mm and weighs 163 grams.

Panasonic Eluga Ray 500 and Eluga Ray 700 smartphones run on stock Android 7.0 Nougat. Both the phones come with 3GB of RAM and are backed by a 32GB of internal storage, which can be further expanded up to 128GB via micro SD card slot. The smartphones also feature a fingerprint scanner which is embedded into the home button on the front. On the connectivity front, both support 4G VoLTE, WiFi 802.11b/g/n, Bluetooth 4.0, GPS, FM radio, dual-SIM and micro USB 2.0 port. It has sensors like Accelerometer, Proximity Sensor, Ambient Light Sensor. Both the smartphones come with company’s own smart AI-powered (Artificial Intelligence) assistant named – Arbo.