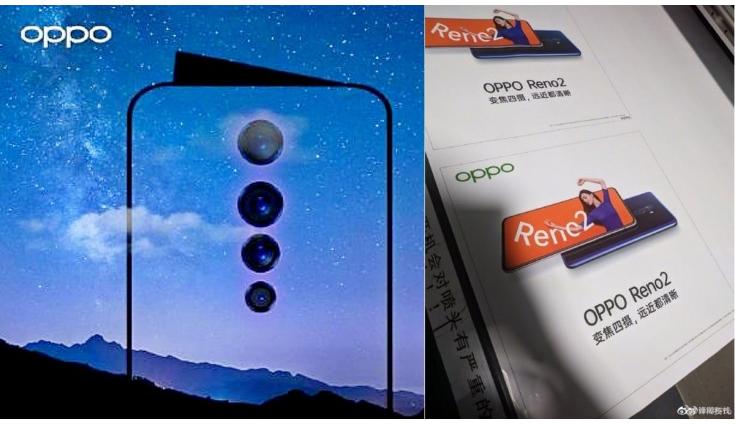 Oppo is all set to launch its Reno 2 series in India on August 28. Recently, the company officially revealed the key specifications of Oppo Reno 2. Now ahead of the launch, the company has teased the video stabilisation on the upcoming smartphone.

He said that “it was filmed without any stabilizer assistive devices.” The company is said to use anti-shake technology to reduce any hand or arm movement when shooting handheld. From the video, it can be expected that Oppo Reno 2 will come with optical image stabilization (OIS).

As per the specifications revealed by the company yesterday, the Oppo Reno 2 will have 6.55-inches AMOLED Panoramic screen with 20:9 aspect ratio, 93.1% Screen to Body Ratio. The phone will also feature an in-display G3 optical sensor fingerprint unlocking technology.

Under the hood, the device will be powered by the Snapdragon 730G octa-core processor. The smartphone will have 8GB RAM along with 256GB storage and will be backed up by a 4000mAh battery having VOOC Flash Charge 3.0 support with Type-C charging cable. Further, Reno 2 smartphone will also have a Frame Boost 2.0, Touch Boost 2.0, and Link Boost.

As per earlier leaks, Reno 2 will sport quad-camera setup with 48MP as the primary sensor, a 13MP telephoto sensor with 2x optical zoom, 8MP ultrawide sensor and a 2MP depth sensor. Moreover, it will have a 16MP Shark Fin rising camera on the front for selfies.