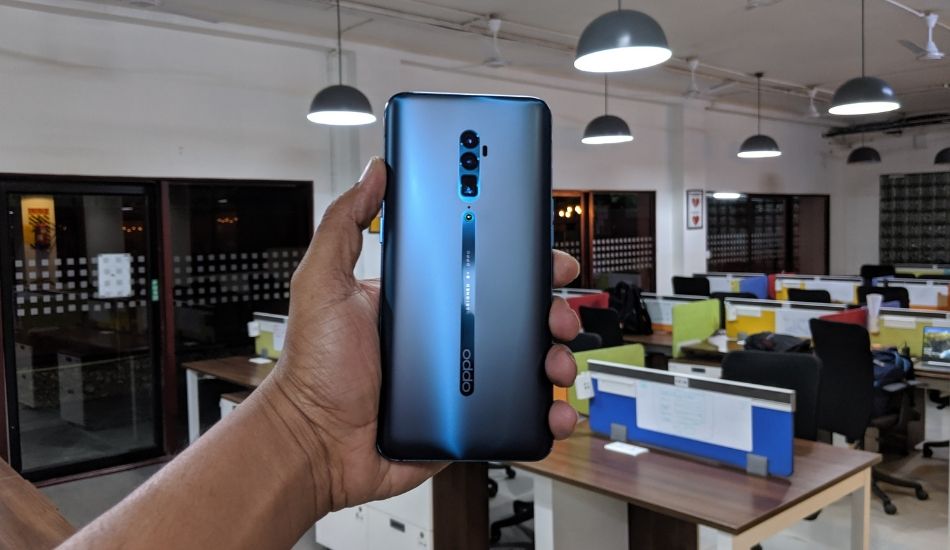 The Oppo Reno 2 bears a 6.5-inch display with a resolution of 2400 x 1080 pixels and a 20:9 aspect ratio. It will be powered by a Qualcomm processor clocked at 2.2GHz. The camera on the Reno 2 equips a 48MP primary sensor, a 13MP telephoto sensor with 2x optical zoom, 8MP ultrawide sensor and a 2MP depth sensor.

We exclusively reported that Oppo will be launching a third Reno-branded smartphone in India in August and to follow that up, the company started sending out media invites for the August 28 launch event last week. While the device’s camera details were leaked a couple of days ago, we now have almost everything there is to know about the OPPO Reno 2.

Details about the OPPO Reno 2 has now been leaked online as two Oppo devices with model numbers PCKM00 and PCKT00 are now listed on TENAA. Both models bear a 6.5-inch display with a resolution of 2400 x 1080 pixels and a 20:9 aspect ratio.

The OPPO Reno 2 will be powered by a Qualcomm processor clocked at 2.2GHz which we can expect to be a chipset from the Snapdragon 700 series. While the PCKT00 model of the Reno 2 features 128GB of storage, the PCKM00 comes in 128GB and 256GB storage. However, both models come with 8GB of RAM.

In terms of camera, the Reno 2 will be equipped with a 48MP primary camera, a 13MP telephoto sensor with 2x optical zoom, 8MP ultrawide sensor and a 2MP depth sensor. There’ll be a 16MPShark Fin rising cameraon the front for selfies. The device will come with an Ultra Steady Mode for shake-free videos and will feature an Ultra Dark Mode for low light photography.

The upcoming Oppo phones have also been confirmed to run Android 9 Pie-based ColorOS. The device will feature a 3,915mAh battery unit and an in-display fingerprint scanner. The listing on TENAA confirms that the Reno 2 will be available in Pink, Green and Black colours. Its dimensions will be 160 x 74.3 x 9.5 mm and the device will weigh 189 grams.

Oppo is also beleieved to release two other versions of the Reno 2 which will be labelled as the Reno 2Z and Reno 2F. Previous rumours point out that theReno 2Z will feature a6.53-inch Full HD+ AMOLED display andan in-screen fingerprint reader. The device will be powered by aMediaTek Helio P90 processor with up to 8GB RAM and 256GB storage. The camera unit on the Reno 2Z could be same as the standard Reno 2. The Reno 2 and Reno 2Z will reportedly sell for prices of around Rs 40,000 and Rs 25,000 respectively.

Moving on, the Reno 2F is rumoured to come with a 48MPSamsung ISOCELL Bright GM1 sensor and three other lenses at the back. It will come for a price of under Rs 20,000.