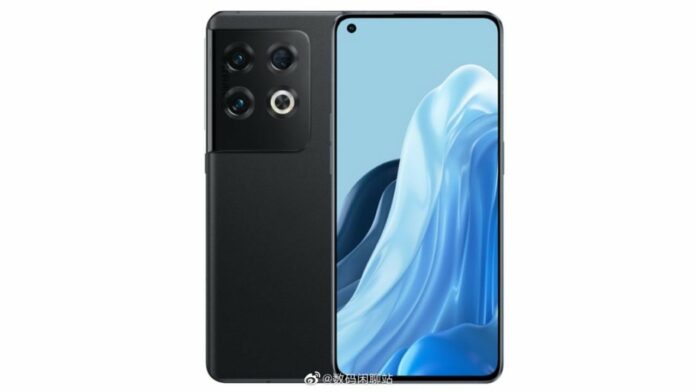 Oppo recently announced Oppo Reno 7 4G in the Indonesian market. Now the company is reportedly working on the Reno8 series of smartphones. The Oppo Reno8 design and the key specifications have now been revealed through a leaked render.

As per the leaked render by tipster Digital Chat Station, the upcoming Oppo Reno8 series device will look a lot like OnePlus 10 Pro, which was launched earlier this year in China. As can be seen in the image, the Reno8 will feature a punch-hole screen on the front.

As for the specifications, the Oppo Reno8 will come with a 6.55-inch display that will offer a Full HD+ resolution of 1080 x 2400 pixels and a refresh rate of 120Hz. It will feature a Sony IMX766 50-megapixel primary camera. Apart from this, the other details like chipset, battery of are still unknown.

For photos and videos, the phone comes with a triple rear camera setup. It has a 64MP primary lens, a 2MP macro sensor, and a 2MP depth camera. For selfies and video calls, the device uses a 32-megapixel shooter.

As for software, the handset runs ColorOS 12.1 based on Android 12. There’s also a 4500mAh battery with support for 33W SuperVOOC fast charging. It includes an in display fingerprint scanner for security. The phone also has face recognition as well for security.