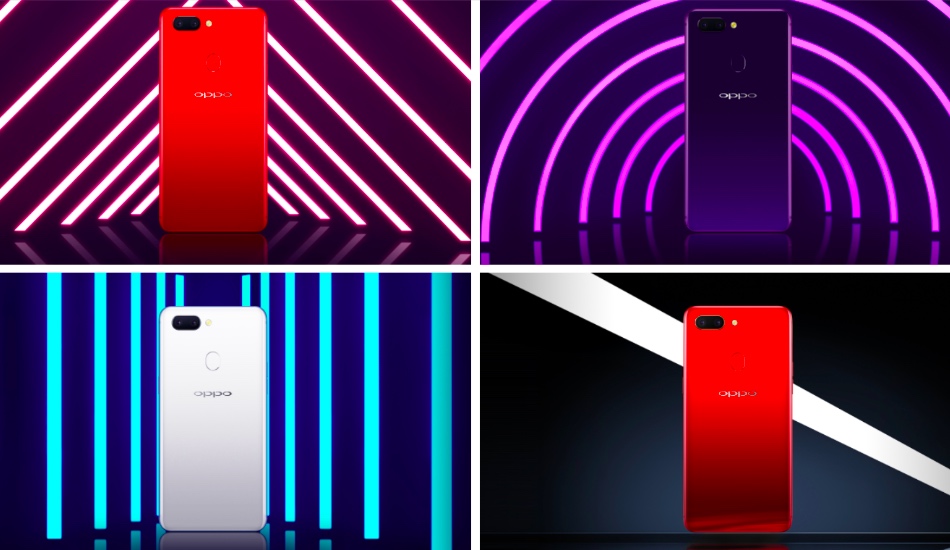 The brand has revealed that it will be launching the smartphones on March 12.

Oppo is all set to launch its flagship devices, the R15 and R15 Plus in China. The brand has revealed that it will be launching the smartphones on March 12.

The official website also reveals some official renders of the upcoming smartphones. To start with, the Oppo has confirmed that the smartphones will come in Heat Red, Starry Purple, Snow White and Mirror Red colour options. The fingerprint sensor can be found on the back panel, while the front will sport a bezel-less display with Apple iPhone X-like notch.

Meanwhile, Oppo has teased a new video that shows off how the phone takes the levarge of the notch design. The 9-second short video shows that users might be able to use swipe gesture to open apps, take screenshots and select DND mode.

Previously, the Oppo R15 was found listed on TENAA, which reveals some key specifications. As per TENAA listing, the smartphone will feature a 6.28-inch Full HD+ AMOLED display with a screen resolution of 2280 x 1080 pixels and it will bear an aspect ratio of 19:9, which is similarly found in Apple iPhone X. The listing reveals that the device will be powered by octa-core Qualcomm Snapdragon 660 processor along with Adreno 512 GPU.

The phone will be backed by a 6GB of RAM and 128GB of internal storage, which can be further expanded up to 256GB via micro SD card slot. The Oppo R15 will feature a dual-camera setup at the rear with a combination of 16-megapixel and 5-megapixel secondary camera. For the front, there is a 20-megapixel front-facing camera for selfies and video calling. The device will also sport a fingerprint sensor at the rear panel.