Oppo K7x spotted on Geekbench ahead of launch on November 4

Oppo K7x will be powered by octa-core MediaTek Dimensity 720 processor clocked at 2.0Ghz.

Oppo K7x will be launching on November 4 in China. Now ahead of the launch, the phone has been spotted on Geekbench website revealing its key specifications.

Oppo K7x has appeared on GeekBench with model number Oppo PERM00. As per the GeekBench listing, the Oppo K7x will be powered by octa-core MediaTek Dimensity 720 processor clocked at 2.0Ghz. In addition to the chipset, the Geekbench listing also confirms that the smartphone will feature 8GB of RAM.

For the software, the Oppo K7x will run Android 10 out of the box. On the benchmark site, the Oppo K7x scored 511 in the single-core test and 1644 in the multi-core test. 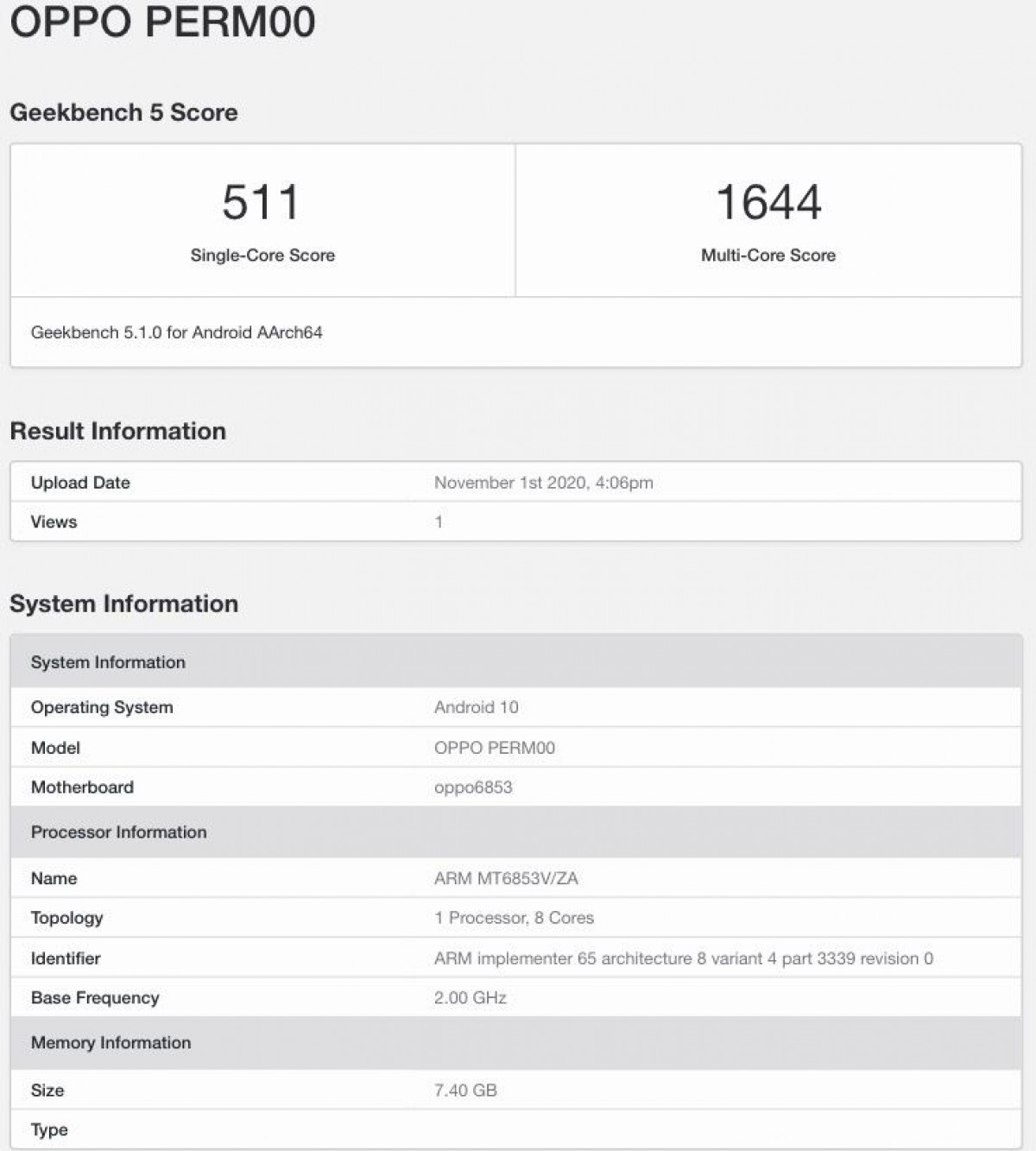 As per a recent Weibo post by the company, Oppo K7x will feature 5G connectivity and there will be a rectangle-shaped camera set up at the top-left corner on the back of the device.

It is said that OPPO PERM00 phone which was recently spotted on TENAA might be the Oppo K7x smartphone. As per the listing, the upcoming Oppo phone will come with a 6.5-inch LCD screen that produces a Full HD+ resolution of 1080 x 2400 pixels and a 20:9 aspect ratio. It will come in green, gray, and blue colours. The device will have a battery of 4,910mAh capacity.

The device will be powered by an unknown 2GHz octa-core processor. It will come with 6GB, 8GB of RAM variants with 64GB, 128GB, and 256GB of internal storage. There will be also a microSD card slot for more storage. The phone will run Android 10 OS.