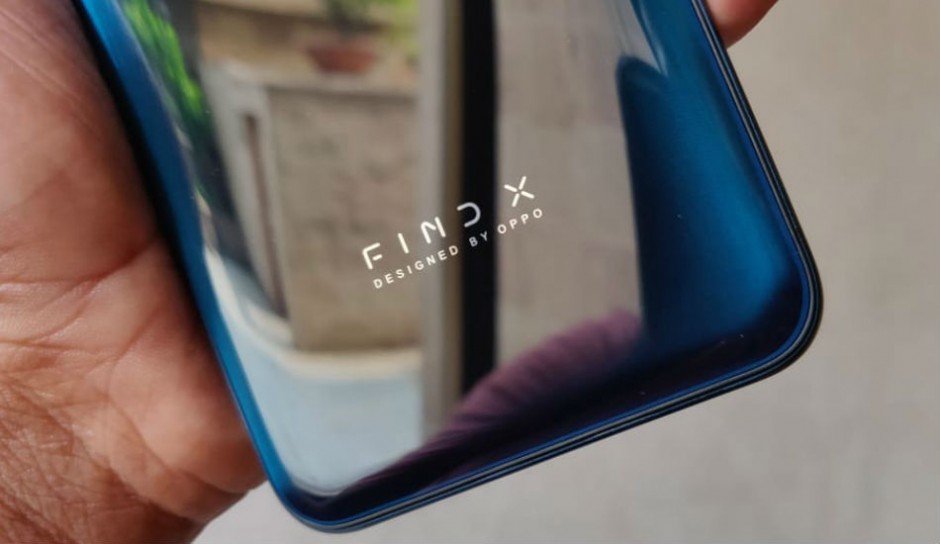 The device found on TENAA has the model number PAFM00 of the Find X, which looks to have been updated recently. Following this development, a similar device was spotted at benchmark site AnTuTu. The Oppo Find X with 10GB RAM scored 271,362 points on AnTuTu, which appears to be an early engineering unit.

Modern flagship smartphones haven’t yet gone beyond the 8GB RAM landmark and it looks like Oppo will be the first manufacturer to do so with its top-of-the-line Find X smartphone which was launched earlier this year with an all-screen display and sliding cameras.

The Oppo Find X was originally powered to up to 8GB of RAM and 512GB of storage that was available through a limited edition Oppo Find X Lamborghini variant. That’s all about to change as a recent TENAA listing has revealed that Oppo will soon be releasing a 10GB RAM variant, making it the first smartphone to equip that much of processing memory. 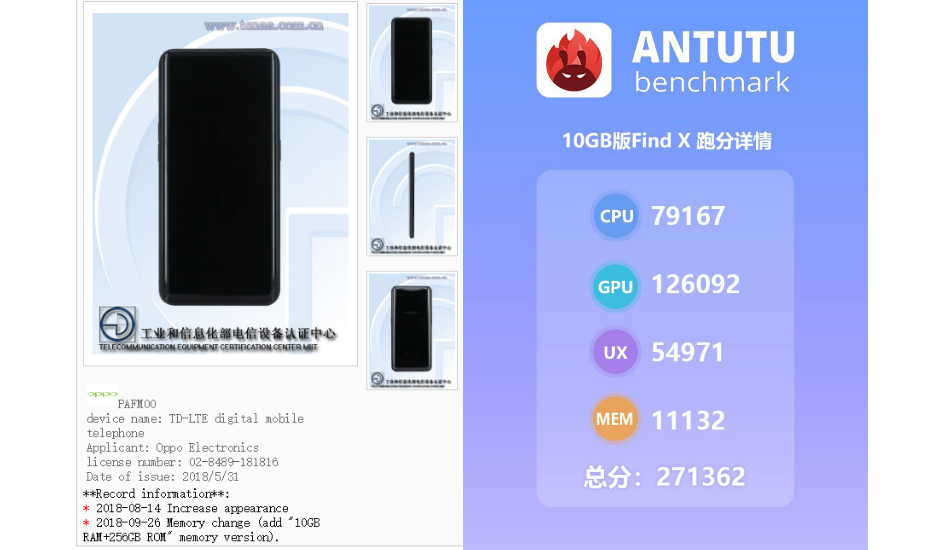 The device found on TENAA has the model number PAFM00 of the Find X, which looks to have been updated recently. Following this development, a similar device was spotted at benchmark site AnTuTu by GizmoChina. The Oppo Find X with 10GB RAM scored 271,362 points on AnTuTu which isn’t as impressive as one would think of a 10GB device to be. This could be because the 10GB Find X is still in its development stages and the device tested could be an early engineering unit, meaning there’s a long way to go till we get our hands on the retail unit.

In case you didn’t know, the Oppo Find X features a 6.42-inches AMOLED Full HD+ display with 2340 x 1080 resolution and aspect ratio of 19.5:9. The device is powered by a 2.5GHz Octa-Core Qualcomm Snapdragon 845 processor with Adreno 630 GPU, 8GB RAM and 256GB internal storage. All the cameras slide out of the inside of the phone including the front facing 25MP sensor that features 3D face recognition. There are dual rear cameras comprising of a 16MP primary sensor with LED flash, f/2.0 aperture, Optical Image Stabilization, Phase Detection Autofocus, Dual-Tone LED flash and 20MP secondary sensor with f/2.2 aperture.