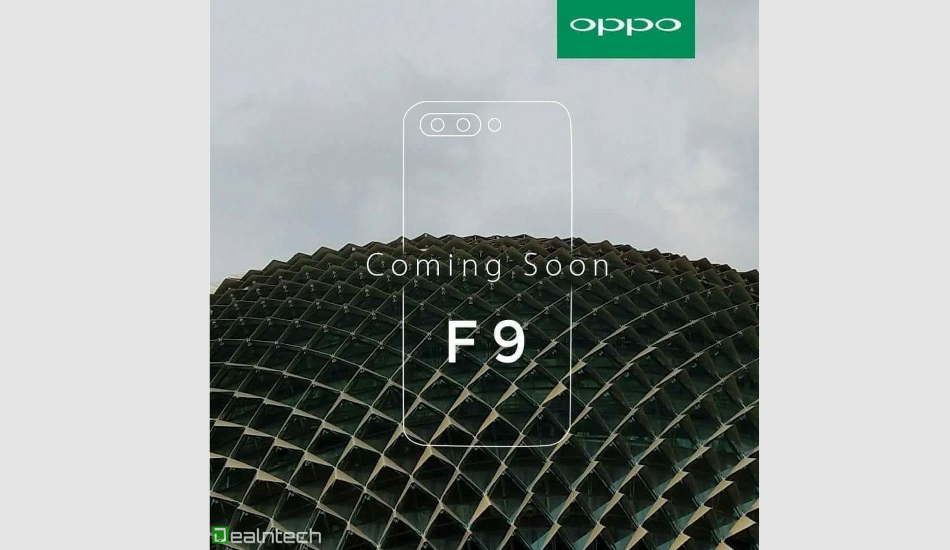 An Oppo teaser hints at the imminent launch of the Oppo F9 and F9 Pro smartphones. The teaser shows the rear of the Oppo F9 with ‘Coming Soon’ written across it.

Oppo announced thelaunch of Oppo F7 in March this year in India. Now seems like, the company is working on its next F-series smartphones. The successors Oppo F9 and Oppo F9 Pro have received Bluetooth certification from the Bluetooth Special Interest Group (SIG).

The Bluetooth listings first spotted by DealnTech, does not reveal anything about the hardware specifications of the smartphone. The listing only reveals that the phone has received Bluetooth certification with version 4.2. The listing reveals the multiple versions of the device exist. These include the CPH 1823, CPH 1825, CPH 1881 have received Bluetooth certifications. The first model number represents the Oppo F9 and F9 Pro while the CPH 1825 and CPH 1881 are listed as Oppo F9, suggesting that they could be storage variants.

At the moment, Oppo has not officially announced anything about the launch of the F9 and F9 Pro. To recap, Oppo F7 phone features a 6.23-inch Full HD+ display with a screen resolution of 2280 x 1080 pixels along with aspect ratio 19:9. The smartphone is powered by MediaTek Helio P60 octa-core processor along with Mali-G72MP3 GPU.

The phone is backed by a 6GB of RAM along with 64GB of internal storage, which can be further expanded up to 128GB via micro SD card slot. The phone also comes with 128GB storage variant as well. It is backed by a 3400mAh battery withAI battery management for a more optimised usage and it runs on ColorOS 5.0, which is based on Android 8.1 Oreo.

On the camera front, the Oppo F7 will feature a 25-megapixel selfie camera with real-time preview along with AI Beauty Technology 2.0, AR stickers, bokeh effect and more. For the rear, there will be a 16-megapixel shooter along with LED flash. There is an AI album as well, where the artificial intelligence will recognize the photo library and sort them into collections based on people, places, time and events.