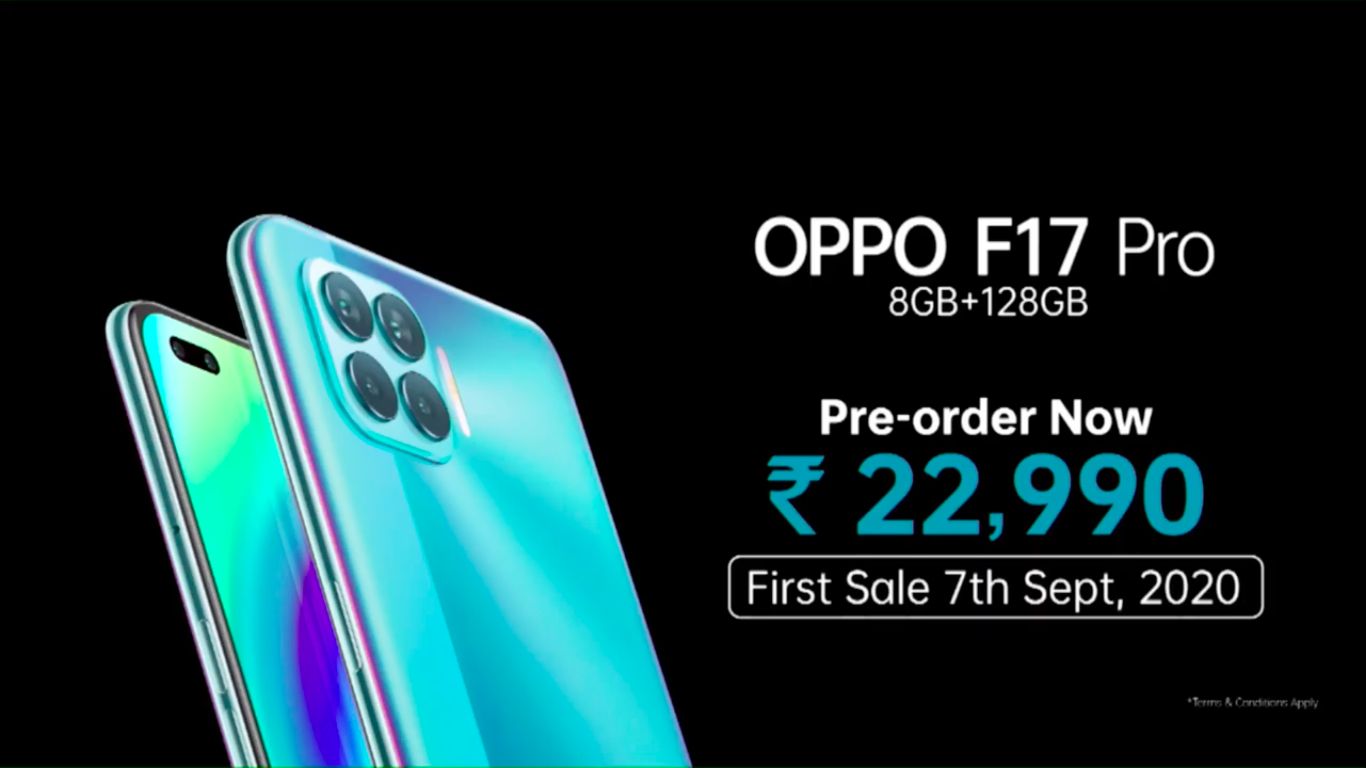 The sale of the Oppo F17 Pro will begin on September 7 while the pre-orders start today. Oppo is yet to reveal the availability details of the Oppo F17.

The sale of the Oppo F17 Pro will begin on September 7 while the pre-orders start today. Oppo is yet to reveal the availability details of the Oppo F17.

The Oppo F17 comes in four variants including 4GB + 64GB, 4GB + 128GB, 6GB + 128GB, and 8GB + 128GB storage. The smartphone will be made available in Navy Blue, Classic Silver and Dynamic Orange colour options. The Pro model will be available in Magic Black, Magic Blue, and Metallic White colours.

Oppo F17 has a 6.44-inch Ultra HD display with a 2400×1080 resolution. The Qualcomm Snapdragon 665 processor powers it. The device runs Google’s latest Android 10 operating system with the company’s own ColorOS 7.2 on top.

A 4,000mAh battery backs it with support for 30W fast charging.The device has a quad-camera setup on the back consisting of a 16MP primary sensor, 8MP wide-angle sensor and two 2MP monochrome sensors. On the front, it will feature a 16MP sensor to take selfies.

On the other hands, Oppo F17 Pro features a 6.44-inch full HD+ Super AMOLED display with a rectangle hole-punch display. The device is powered by the Mediatek Helio P95 processor and backed by a 4,000mAh battery with support for the company’s own 30W VOOC Flash Charge 4.0 technology.