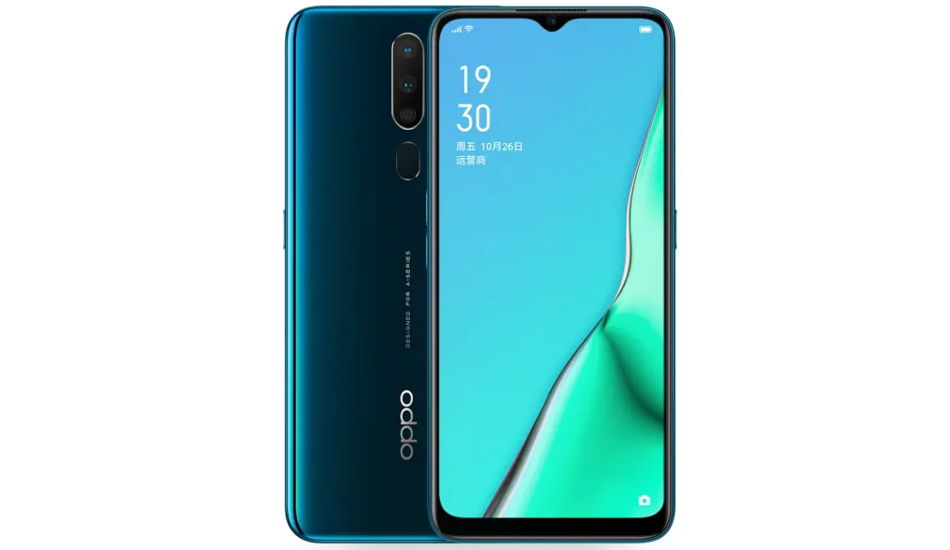 Oppo A31 might be the company's first A-series phone to launch this year.

We already know that Oppo is working on its upcoming Oppo A31 smartphone as the phone received FCC certification earlier this month. Now the same phone has also received Bluetooth certification.

As per the listing, the Oppo A31 with model number CPH2015 will carry Bluetooth 5.0 support. Other than that, the listing also reveals the key specifications of the upcoming smartphone. The phone will apparently be launched as the Oppo A31 but it will be launched as Reno S in Indonesia. An Indonesian certification body had approved CPH2015 as Oppo Reno S. 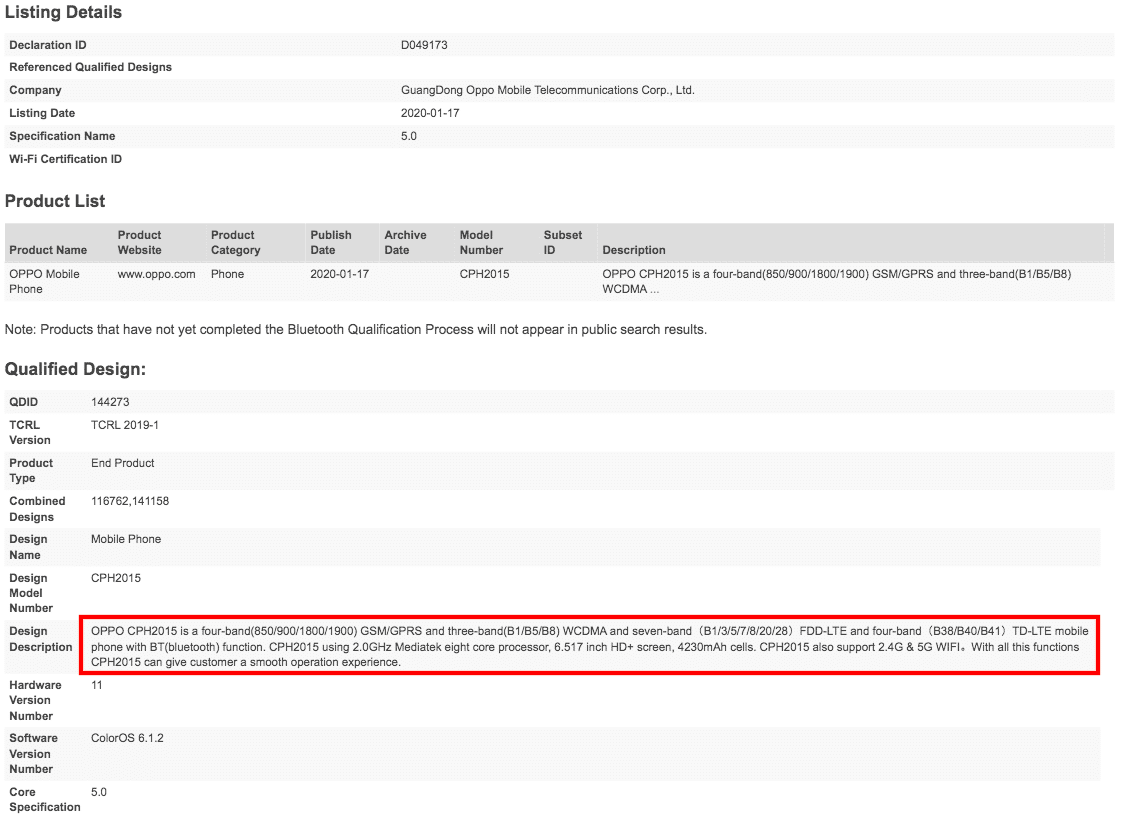 As per the listing. Oppo A31/Reno S will feature a 6.5-inch display with HD+ resolution. It will be powered by a 2 GHz processor by Mediatek and will be backed up by 4230 mAh battery. The phone will have ColorOS 6.1.2 suggesting that it will run Android Pie.

The FCC certification of the CPH2015 smartphone had revealed that the smartphone will come with a waterdrop notch display. The volume buttons will be on the left and the power button will be on the right. The 3.5mm audio jack, micro USB port and speaker grill will be present on the bottom. Oppo A31 is tipped to measure 164×75.5x173mm

The FCC documents also revealed that the Oppo A31 will feature a vertically aligned triple camera system on its back along with a fingerprint sensor.

As of now, the launch date of the smartphone is not known. It has expected that Oppo A31 might be the company’s first A-series phone to launch this year.