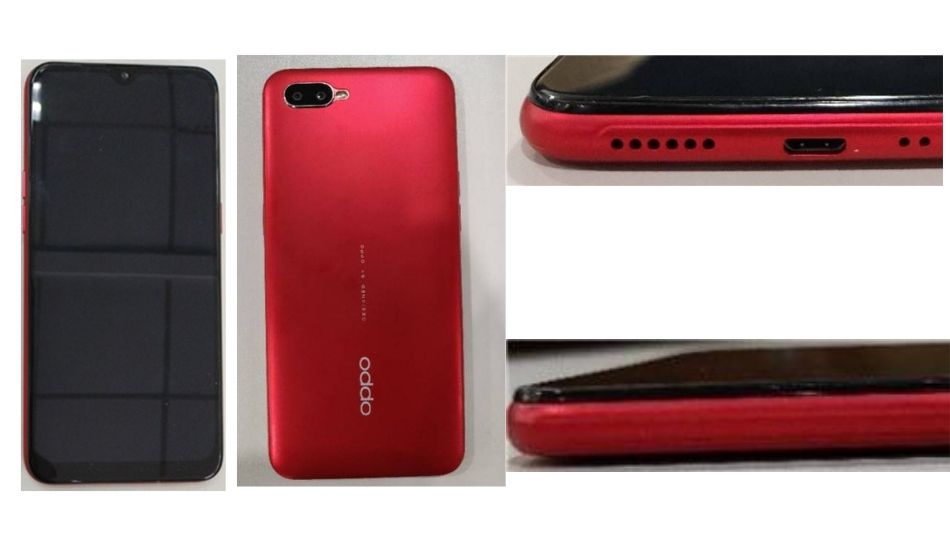 The images of the alleged Oppo A1s has been leaked from the NBTC Thailand (National Broadcasting and Telecommunications Commission).

After launching Oppo A1 and Oppo A1k smartphones in the past, Oppo seems to be working on its next A1 series smartphone, dubbed as Oppo A1s. The images of the alleged Oppo A1s has been leaked from the NBTC Thailand (National Broadcasting and Telecommunications Commission).

As per recent images leaked by NBTC, the alleged Oppo A1s will feature a dual camera setup aligned horizontally on the top-left along with LED flash. The smartphone will have a large display with a dew-drop notch design. The phone will house a micro USB port and will have a 3.5mm audio jack as well. The volume rockers on the left-hand side and Red will be one of the colour options. Looking at the images, there are no signs of the fingerprint sensor on the back and the phone looks to fall in the budget segment, one has to be satisfied with face unlock feature for security.

As per Bluetooth SIG certification documents, the alleged Oppo A1s will have a 6.1-inch HD+ display and will come armed with an octa-core MediaTek processor clocked at 2.0 GHz. The phone will support Bluetooth 4.2 and Wi-Fi 802.11 b/g/n. As of now this much of information is available on this phone. However, looking at the recent certifications and exposure, we expect this upcoming smartphone to be launched very soon.