The renders of the upcoming Oppo A11s have been leaked online which suggest it will have a triple rear camera setup. 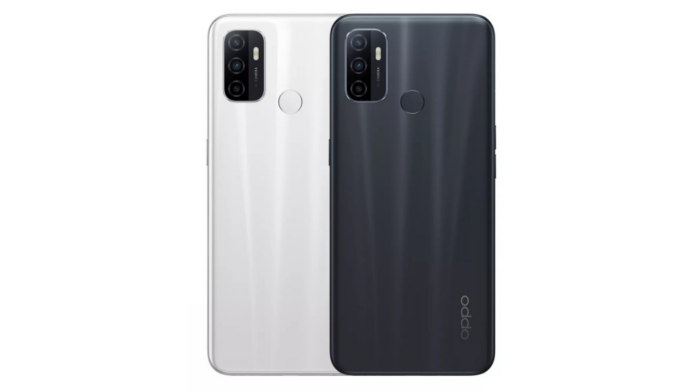 Oppo is working on a new A-series smartphone called the Oppo A11s. The smartphone has now appeared in high-quality renders that showcase the design of the smartphone and the colour variants it will arrive in.

The renders have been leaked by noted tipster Evan Blass on Twitter. Per the renders of the Oppo A11s, it won’t have a unique design as such. On the front will sit a punch-hole camera at the top left. There’s a bezel at the bottom of the smartphone, which seems to be too thick.

There’s a power keyon the right panel of the phone with the volume rocker sitting on the left. At the rear, there’s a traditional rectangular shaped camera array with three cameras in it. In addition, there’s an AI Camera branding and an LED flash on top of it. There’s a fingerprint sensor as well for security purposes.

The renders have leaked in two colours including Black and White. The smartphone is being expected to launch in China first. However, there’s no news as to when the smartphone may arrive in markets outside China.

In recent news related to Oppo, a phone with the model number PEYM00 was spotted on TENAA website. It is being speculated to be the Oppo K9 Pro, an improved version of the Oppo K9 launched in China back in May. The TENAA listing suggests the device has a rectangular camera array. Further, there seems to be a dual tone finish at the back.

For specifications, the device will have a 6.43-inch full-HD+ AMOLED display. There’s 2400 x 1080 pixels screen resolution and a 20:9 aspect ratio. It will have an under-display fingerprint sensor for added security. Moreover, it will be powered by the MediaTek Dimensity 1200 SoC. The phone should have up to 12GB RAM.