Anyone can book the student version of Aakash tablet whether they are students or not. 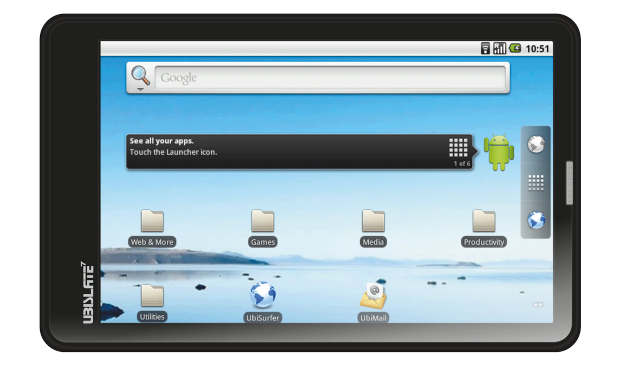 Students’ version of Aakash will be available for Rs 2,500 and will be delivered in seven days. The commercial version, UbiSlate 7 is priced at Rs 2,999. The payment mode for both the tablets is cash on delivery.

The commercial version of Aakash tablet will be powered by Android 2.3 and will have a resistive touchscreen, Cortex A8-700 MHz processor and graphics accelerator HD video processor, 256 MB of RAM and 2 GB of internal memory.

“The improved version of Aakash tablet will be available in retail outlets by January end,” a spokesperson of DataWind told The Mobile Indian.

The tablet was to be made available in retail stores by the end of November. “The delay in the availability of the tablet has been due to upgradation in the tablet and some unforeseen delay in manufacturing,” the spokesperson said.

To book and prebook student and commercial versions respectively of Aakash tablet, users have to visit DataWind’s website and fill up the required form. In case of booking they will get a booking ID and a message which will state, “You will shortly receive an email confirmation from our support team with further details.”

In case of pre booking users will get a confirmation message which will state, “The commercial version of the Akash UbiSlate 7 would be launched in early weeks of December. After the commercial launch we would get in touch with you to deliver your device as soon possible.”

As a matter of fact, the confirmation message a reader will see is factually incorrect as The mobile Indian had reported earlier the Aakash tablet will be available only by January end.

This defeats the purpose of providing students an affordable tablet as now anyone can place an order to get the tablet. Interestingly, now it has been revealed that the government has procured only 10,000 Aakash tablets for distribution in schools and colleges of the initial 1 lakh proposed.

It looks like the company was in a hurry to start the online booking process and has not done not proper homework before staring it.