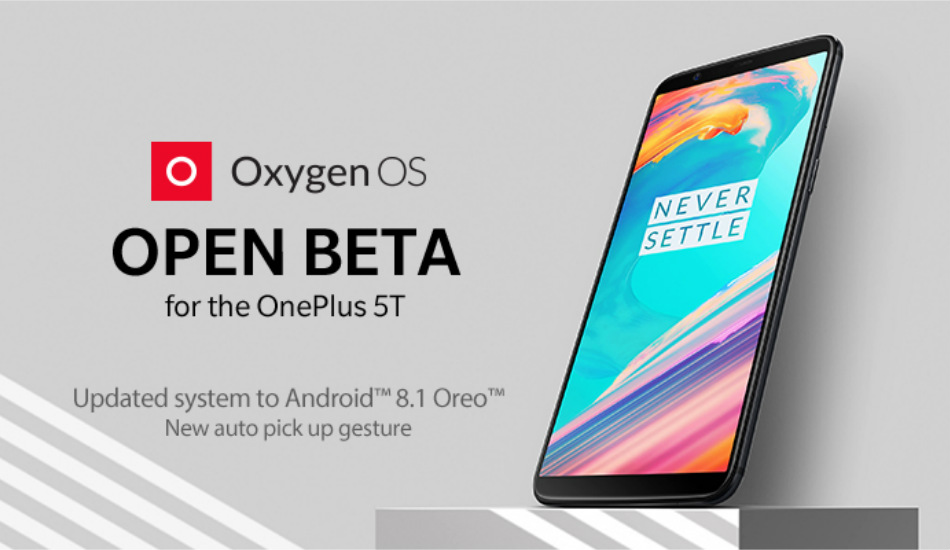 The latest update brings a host of new optimizations, and more with the Open beta update.

OnePlus has announced the roll out the latest Android 8.1 Oreo beta update for its flagship devices, the OnePlus 5T and OnePlus 5. The latest update brings a host of new optimizations, and more with the Open beta update.

OnePlus has started rolling out OxygenOS Open Beta 4 for the 5T and Open Beta 6 for OnePlus 5 that bring the Android 8.1 Oreo. The Beta update brings new features like auto pick up gesture for an incoming call by raising the phone. Then there are some optimizations in gaming mode for a more immersive gaming experience. The update is about 1.6GB for both the smartphones and it comes loaded with an Android security patch for February 2018.

The Open Beta build also updates OnePlus Switch app to migrate application data and general bug fixes and improvements. However, it is important to note that this is a beta software and it might not as stable as official OTAs are. If you have already flashed your smartphone with previous Open Beta builds, then you will receive the latest update via OTA. For a detailed guide on how to install the Open Beta build on your OnePlus 5 and 5T, clickhere.

Here is the full changelog of the latest Open Beta update: