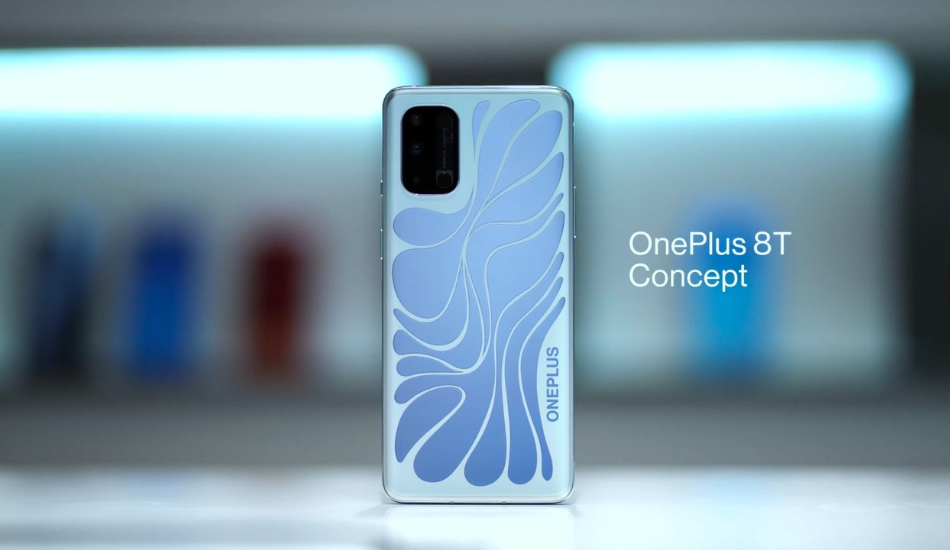 OnePlus has revealed a OnePlus 8T concept device that has a wavy pattern on the rear of the device which changes colours as you receive notifications.

OnePlus unveiled its first concept device back at the CES 2020 with a colour shifting glass and it has made a similar move with the latest concept version of the OnePlus 8T.

“OnePlus team is building further on our first concept technology to unlock even more potential benefit for future smartphone users”, OnePlus states in a press release.

With the OnePlus Concept One, the electrochromic glass was limited to the camera module but it has now expanded to the entire back of the device. The new back panel of the device is equipped with a colour changing film that contains metal oxide.

The colour of the back panel that has a wavy pattern changes from dark blue to light silver once the metal oxides are activated. The wavy design is based on “the multi-hued flowing water in the hot springs of Pamukkale, Turkey”. Which is the reason why OnePlus chose to go with a wavy pattern instead of a normal one.

The OnePlus 8T concept is not just a mere device that has a colour changing back panel, but it also puts that back panel to use with the mmWave radar module. This radar module is used to transmit and receive electromagnetic waves. With this, it enables the inbuilt digital signal processing (DSP) unit and CPU to process the waves that are received back to allow the device to ‘perceive, image, locate, and track objects’.

The coolness of the colour shifting panel doesn’t come to an end as it has even more features to offer. It offers touchless notifications which means the back panel can change its colours when you receive a notification. 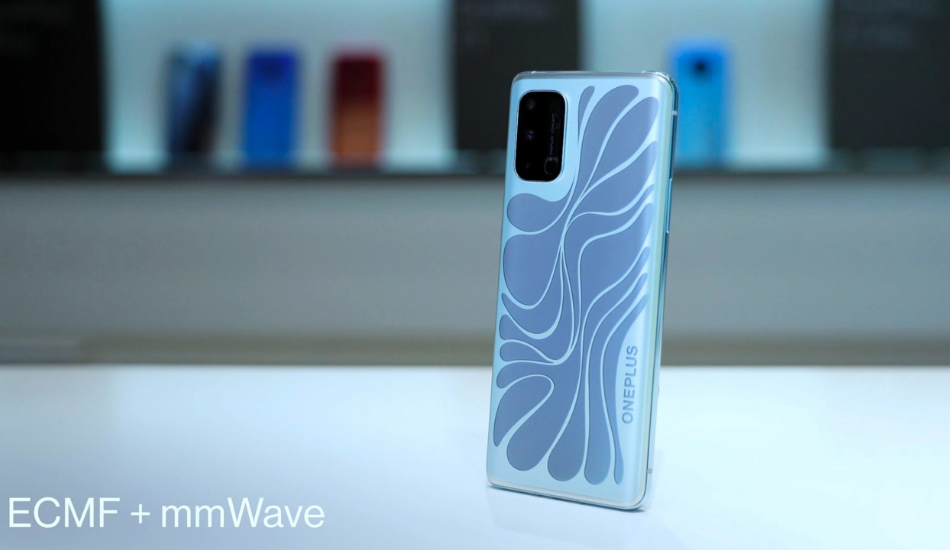 The phone can also act as a breathing monitor. The same mmWave module can also use software algorithms to determine millimeter-level movement of the chest during breathing. The mmWave module doesn’t require 5G networks for gesture controls that means you can take advantage of all the features mentioned above even if your country doesn’t have 5G as of yet, such as India.

The device won’t be commercially available for purchase but OnePlus does have some plans to further improve and implement the same tech in its upcoming devices.