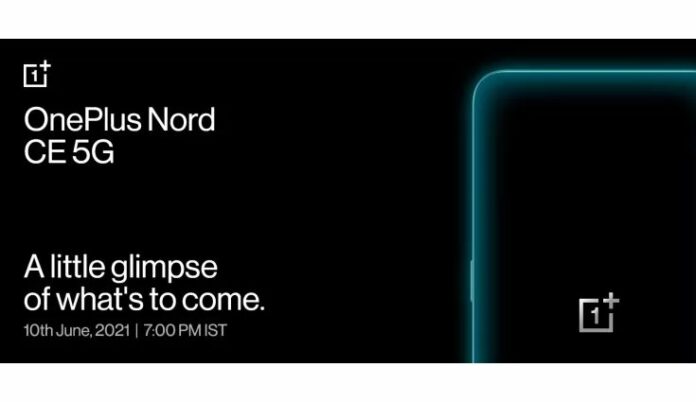 The OnePlus Nord Core Edition 5G is set to arrive in India on June 10 and the company hasn’t revealed anything about the device apart from ‘streamlined and sleek’ design along with just 7.9mm of thickness. A new report now claims to reveal all the specifications of the upcoming Nord.

The report comes from MySmartPrice which states the phone will have a 64-megapixel triple camera system at the back and will be equipped with the Snapdragon 750G. The smartphone also appeared on Geekbench which was again spotted by the same publication that further confirm the leaked specifications.

OnePlus Nord CE 5G should come with a 6.43-inch Full HD+ AMOLED display with a screen resolution of 2400 x 1080 pixels and a 90Hz refresh rate. The phone should be powered by the Qualcomm Snapdragon 750G 5G processor along with Adreno 619 GPU.

It should come loaded with 6GB and 8GB of RAM and 128GB and 256GB of internal storage. On the camera front, the OnePlus Nord CE 5G will have a triple-camera setup with a combination of a 64-megapixel OmniVision sensor, 8-megapixel ultra-wide-angle lens, and a 2-megapixel depth sensor. For the front, there should be a 16-megapixel selfie shooter.

The OnePlus Nord CE 5G runs on Android 11 with the company’s custom OxygenOS 11 running on top of it. It is loaded with a 4500mAh battery per the leak and it comes with Warp Charge 30T 30W fast charging support. On the connectivity front, it should feature WiFi, Bluetooth 5.1, NFC, GPS, GLONASS, NavIC, dual-SIM and USB Type-C port.