OnePlus Nord CE 2 5G has today been launched in India. In addition, OnePlus has also launched the OnePlus TV Y1S Series alongside. 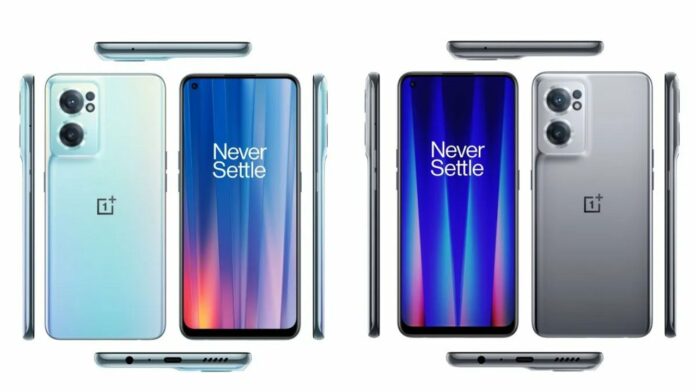 Let’s take a detailed look at the new product’s specs, price, and availability.

The phone will be available for sale in India starting February 22 on Amazon. It comes in Bahama Blue and Grey Mirror colours.

OnePlus Nord CE 2 5G packs the MediaTek Dimensity 900 SoC and a Mali G68 GPU. It has up to 8GB RAM and 128GB storage, which can be expanded via microSD (up to 1TB) card slot.

ALSO READ: OnePlus Nord 2 CE Lite 5G is coming to India, Here are the specifications we know so far

For photos and videos, the phone comes with a triple rear camera setup. It has a 64-megapixel primary rear camera sensor. This is coupled with a 8-megapixel ultra-wide sensor and a 2-megapixel macro shooter. In addition, for selfies and video calls, the device uses a 16-megapixel front shooter.

As for software, the handset runs with Android 11 with OxygenOS 11 on top. It runs on a 4,500mAh battery that supports 65W SuperVOOC fast charging over USB Type-C. It includes an in-display fingerprint scanner for security. In addition, the phone also has face recognition as well.

OnePlus TV Y1S and OnePlus TV Y1S Edge have been launched in 32-inch and 43-inch display sizes. The the smart TVs feature a bezel-less design. They feature a gamma engine, an AI-based real-time image optimisation engine that enhances colour and audio based on the content you’re watching.

They pack MediaTek 9216 chipset with with 1GB RAM and 8GB internal storage. The TVs support all popular OTT apps, including Netflix, Prime, Disney+ Hotstar, YouTube and others.

They run on Android TV 11 with Auto Low Latency Mode (ALLM) while gaming. In addition to this, the smart TVs will also come with Dolby Audio support, in terms of audio. Further, the Y1S has a 20W speaker setup, whereas the Edge model features a 24W speaker system.