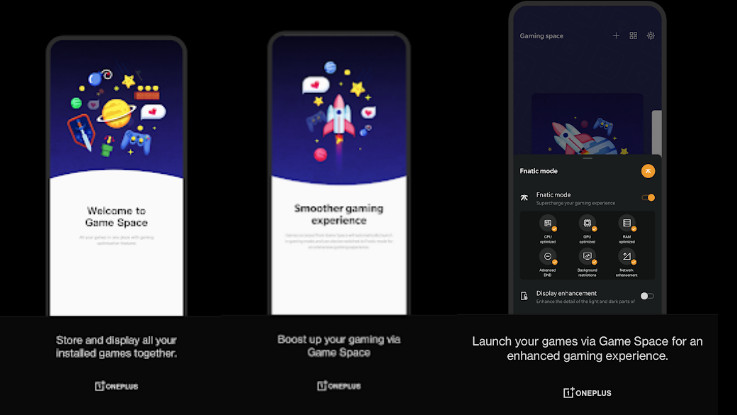 The OnePlus Game Space is the company's game centre app for its OxygenOS.

OnePlus has released its gaming-centric application, the OnePlus Game Space on Google Play Store. The company has also added new features in the latest release.

The OnePlus Game Space is the company’s game centre app for its OxygenOS. The app allows users to access all the games installed on their smartphones. The app also provides a host of gaming optimisation features like notification controls, auto-brightness control. It also comes with Fnatic mode for eSports that enhances the overall gaming experience, reports XDA Developers.

The company has also added two new features with the Google Play Store release. The features include Instant Games and Game Statistics. The Instant Games feature allows users to play games without downloading them on their smartphones. Users can access Google Play Games’ library of Instant Games with the application. The titles include MircoTrip, Sea Battle and more. One can simply play the game by tapping on the icon in the app and the best part about this is that users don’t need to install the game on their smartphone. Users also have an option to disable the Instant Games feature in the app setting.

The Game Statistics feature provides data of the games. It tells users how much time they played a particular game and which is the most-played game. It also provides battery usage for the current day and the past week, meaning that users can keep a track on which game is consuming more battery life.