OnePlus 9 series in India will have limited 5G Band support 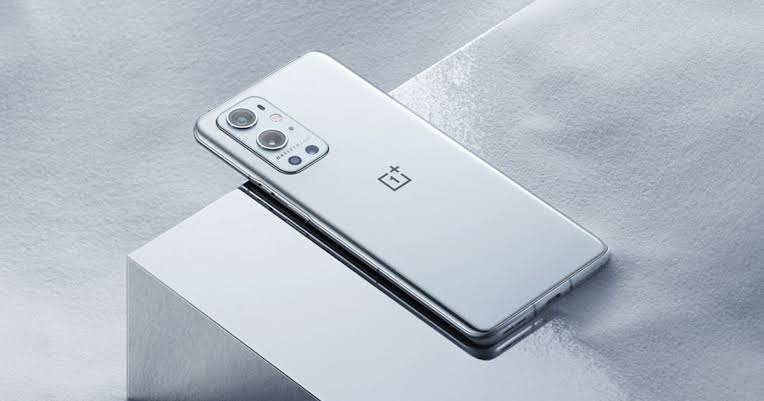 OnePlus has confirmed through a FAQ on its forums that OnePlus 9 series won't support any more 5G bands in future via OTA update than what it currently does.

The OnePlus 9 series arrived in India back in March of this year but it was a bummer to see it support only two 5G bands whereas the OnePlus 9R was even below that, with support for only a single 5G band. And it now seems like the company is going to do nothing to improve the situation.

The company’s software support recently confirmed to a customer that it will add support for more 5G bands in the future for the Indian region as the launch of 5G progresses in the country. But now through a post on its forums where the questions regarding the OnePlus 9 series were being answered by the staff, it has been confirmed the phones will only support the 5G bands they currently have and no more bands will be added in the future.

Per OnePlus, the 5G bands on the OnePlus 9 series are decided based primarily on the priority of Indian carriers. The highest priority band is n78, which will be the most commonly deployed 5G bands in India and has the widest frequency that reflects the advantage of 5G transmission rate so far, then potentially n41 and other bands. For those who are unaware, the n78 band is the only band present on the 9R while the OnePlus 9 and 9 Pro support only n41 and n78. 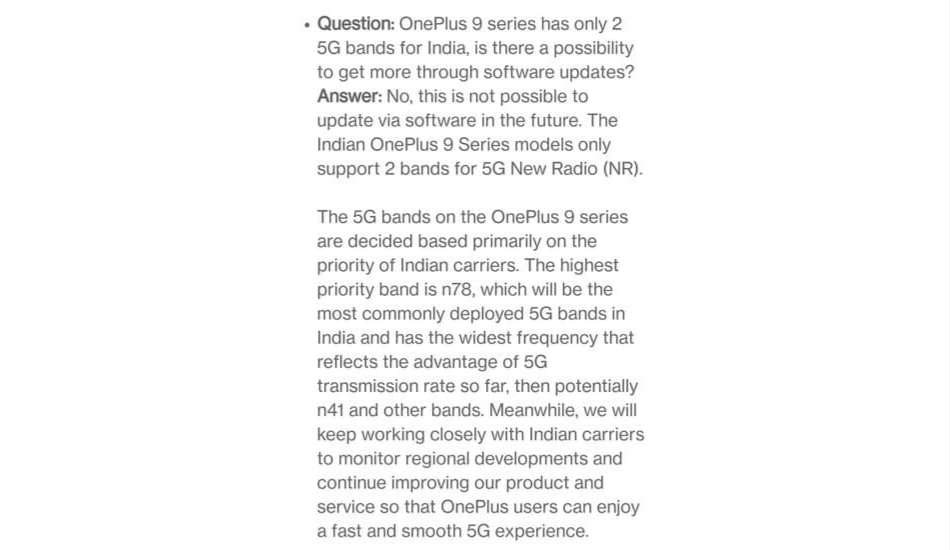 OnePlus in reply to a tweet also apologized for the miscommunication regarding the news that support for 5G bands can be added in future. The OnePlus 9 Pro supports a lot more 5G bands in the US (N1, 2, 3, 5, 7, 8, 25, 28, 38, 40, 41, 48, 66, 71, 77, 78) compared to the Indian variant of the smartphone. The company has also received a lot of criticism in the past for missing out on wireless charging on the OnePlus 9 Indian variant whereas the US variant supports it.

It is yet to be decided on which 5G bands India will use for the network and if the decision goes against OnePlus and India uses bands other than n78 and n41, the OnePlus 9 series users are in for a huge disappointment if they cared about 5G the most. OnePlus is also behind its competitors in this area as the Galaxy S21 Ultra supports as many as 13 5G bands in India including N1, N3, N5, N7, N8, N20, N28, N66, N38, N40, N41, N77, N78. The same is the case with the iPhone 12 series smartphones as well.