OnePlus 8 series confirmed to be launched on April 14

After various leaks and rumours, it has been officially announced that OnePlus 8 series will be launched on April 14. The company has announced that there will be online-only event which will be held at 8:30 pm IST and it will be live-streamed on the OnePlus official website and YouTube channel.

OnePlus will likely to launch OnePlus 8 and OnePlus 8 Pro on that day. The company also confirmed that the latest OnePlus 8 series will support 5G connectivity. It has also teased a 120Hz refresh rate, but is yet to be seen if it will be available on both the smartphones or only the Pro variant.

OnePlus 8 will come with a gradient finish, which comes with a combination of orange and purple. The new paint job will be known as Interstellar Glow. Apart from this, the OnePlus will be available in two other colour options including Onyx Black and Glacial Green.

Talking of specifications, OnePlus 8 will feature a 6.55-inch Full HD+ Super AMOLED display with a screen refresh rate of 90Hz. The smartphone will be powered by a Qualcomm Snapdragon 865 5G chipset along with Adreno 650 GPU. The OnePlus 8 will be loaded with a 4,300mAh battery with 30W Wrap Charge 30T fast charging support.

OnePlus 8 will be equipped with a triple-camera setup with a combination of 48-megapixel primary lens, a 16-megapixel secondary shooter and a 2-megapixel third sensor. For the front, it will come with 16-megapixel selfie shooter. It will be backed by up to 12GB of LPDDR4X RAM along with 256GB of UFS 3.0 storage. 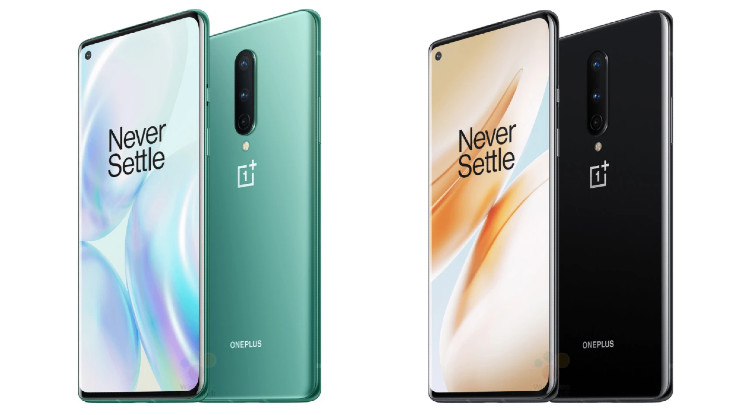 OnePlus 8 Pro will come with a 6.78-inch QHD+ Super AMOLED Fluid display with a screen refresh rate of 120Hz. It will be powered by a Qualcomm Snapdragon 865 5G processor along with Adreno 650 GPU. The smartphone will be loaded with 8GB / 128GB of LPDDR5 RAM along with 128GB / 256GB of UFS 3.0 storage options.

OnePlus 8 Pro will be equipped with a bigger 4,510mAh battery which supports 30W Warp Charge 30T fast charging, as well as 30W wireless charging and 3W reverse charging.It will feature a quad-camera setup with a combination of 48-megapixel primary lens, a 48-megapixel secondary shooter, an 8-megapixel third lens and a 5-megapixel fourth lens. For the front, there will be a 16-megapixel selfie shooter.