As far as Indian pricing is concerned, OnePlus 7T Pro is priced at Rs 53,999 in India. The McLaren edition carries a price tag of Rs 58,999. The OnePlus 7T Pro will go on sale starting  October 12 via Amazon India, OnePlus.in, OnePlus offline stores. There will also be a special sale for the phone on October 11 at 12 P.M at OnePlus Exclusive Stores in 8 cities in the country.

The McLaren Edition will be available in India on November 5 via Amazon, OnePlus.in, and OnePlus offline stores. 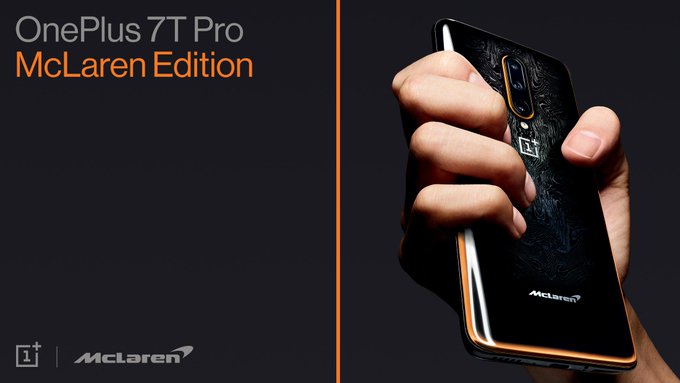 It runs on Android 10 with Oxygen OS skin on top. There is an in-display fingerprint sensor for security. It is backed by a 4,085mAh battery with WARP Charge 30T Fast Charging support

OnePlus 7T Pro India launch tipped to be around October 15