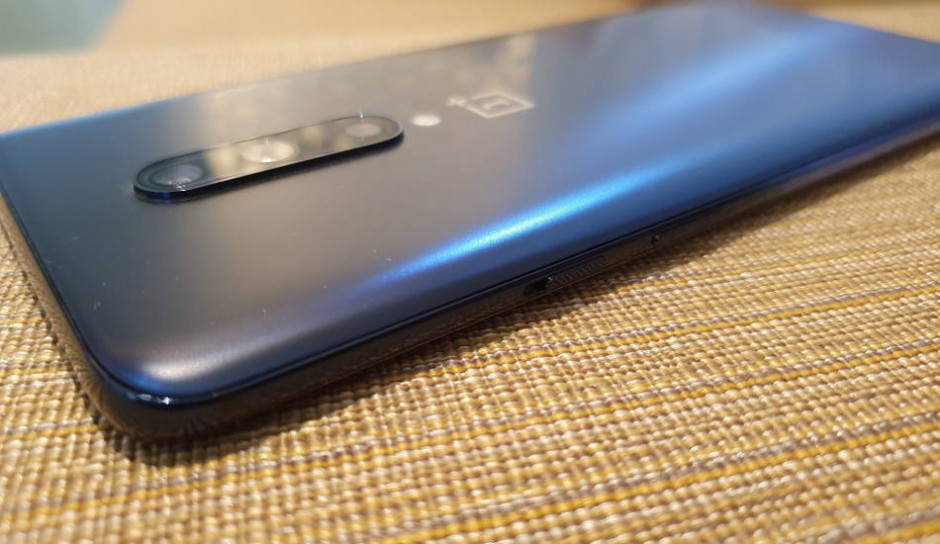 The update weighs around 182MB and it comes with version number OxygenOS 9.5.4.GM21AA.

OnePlus has started rolling out a new update to its latest OnePlus 7 Pro, which brings a host of improvements in the camera department along with general bug fixes and optimizations.

The update weighs around 182MB and it comes with version number OxygenOS 9.5.4.GM21AA. The update improves image quality in HDR mode and it also optimizes the quality in low light conditions. The company also claims that with the latest update it has fixed white balance issue in several scenarios. The update also fixes the focus issue in different conditions.

Apart from this, the update also optimizes double tap to wake up the device. It also optimizes Ambient display. The update also brings a fix for the delay with a headset while playing games. Lastly, it includes bug fixes and improvements. It is important to note that this is a staged rollout, the OTA will be received by a limited number of users first and will have a broader rollout in a few days. 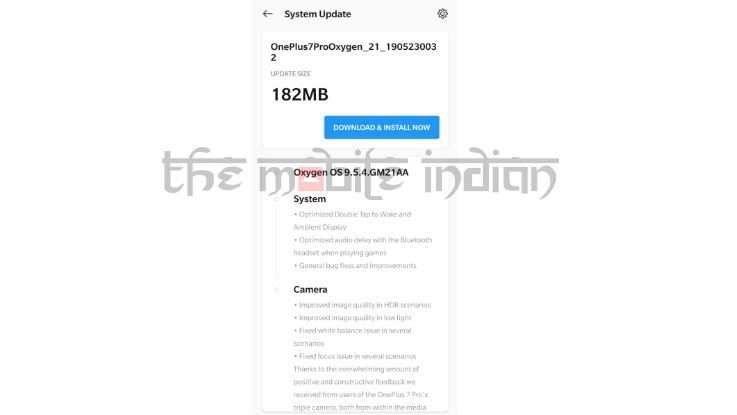 Here is the complete changelog of the update:

Optimized audio delay with the Bluetooth headset when playing games

Meanwhile, multiple OnePlus 7 Pro users are reporting ghost touch issues with the display on their units. The users took OnePlus forums with storm reporting whenever they open an application or use the keyboard, there is a ghost touch on the top of the screen. This means that the phone is registering a touch without the user’s input. Users say that the issue last for one second or few minutes. The issue appears to be random and sometimes the touch becomes unresponsive and one need to switch off the display to make it work.

Previously, many found out that the OnePlus 7 Pro doesn’t really offer 3x optical zoom as marketed by the company during the launch event. The telephoto lens maxes out at a rather low 2.2x which is nowhere near what OnePlus claimed.