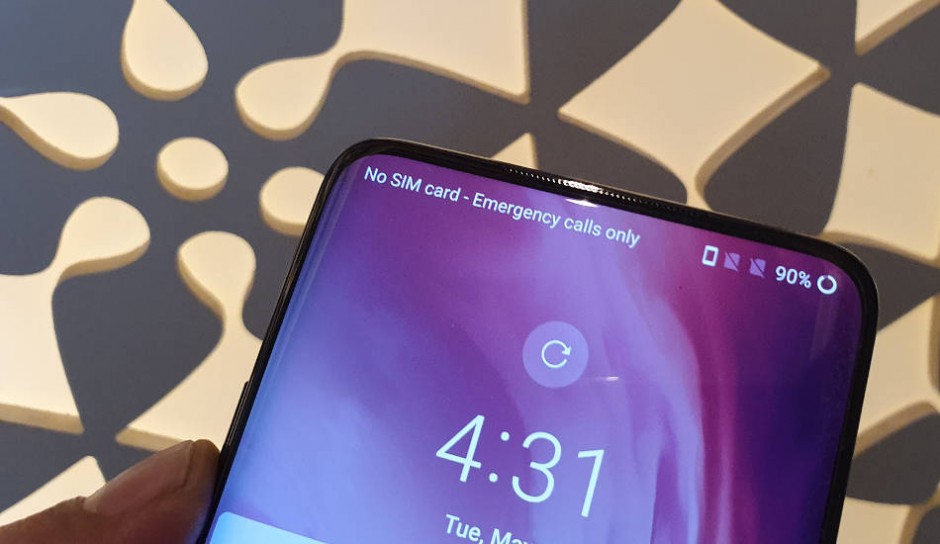 Multiple users are reporting about ghost touch issues with the display on their units.

Several OnePlus 7 Pro users are complaining about a new issue on their latest smartphone. Multiple users are reporting about ghost touch issues with the display on their units.

The users took OnePlus forums with storm reporting whenever they open an application or use the keyboard, there is a ghost touch on the top of the screen. This means that the phone is registering a touch without the user’s input. Users say that the issue last for one second or few minutes. The issue appears to be random and sometimes the touch becomes unresponsive and one need to switch off the display to make it work.

Other believe that the issue is prominent when users open CPU-Z application. The app is reported to be triggering ghost touches with more intensity. This means that this might an issue related to the software and not a hardware defect. OnePlus is yet to acknowledge this issue. Android Central was the first to report this issue.

Meanwhile, OnePlus 7 Pro doesn’t really offer 3x optical zoom as marketed by the company during the launch event. The telephoto lens maxes out at a rather low 2.2x which is nowhere near what OnePlus claimed. This was discovered by a Reddit user who disclosed that the field of view of the image captured in Portrait mode is noticeably wider than the one clicked through the “3x zoom” mode. That is odd considering the fact that both of the modes use the telephoto lens which doesn’t explain why the image in Portrait mode is wider than the zoomed picture.