OnePlus 7 is expected to go official in later May or early June this year.

OnePlus is yet to announce any official details about its upcoming flagship, OnePlus 7 which has been subjected to several leaks and rumours lately. Now new case renders of OnePlus 7 have surfaced online giving us a closer look at the pop-up camera on the front.

As per the case renders, the OnePlus 7 will feature pop-up selfie camera on the left of the top edge and it will feature a notch-less display. The renders also suggest that the smartphone will include triple cameras on the back panel which will be coupled with a LED flash. 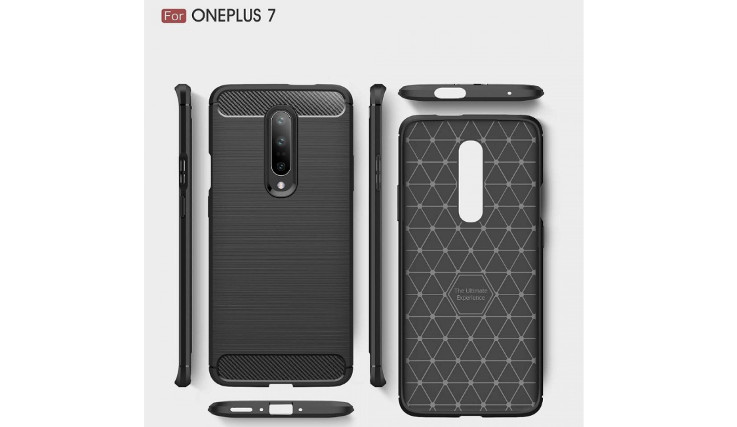 Similar to the OnePlus 6T, the upcoming OnePlus 7 will also not come equipped with a 3.5mm headphone jack. There is also no cut out for the rear-mounted fingerprint scanner, so it is expected that the OnePlus 7 will also come with an in-display fingerprint scanner. On the bottom part of the case, there is a cutout for the USB-C port and the loudspeaker, plus two microphones.

OnePlus 7 is expected to go official in later May or early June this year. Specs of the OnePlus 7 were leaked online last month. The phone will feature a 6.5 inch AMOLED display carrying “world’s fastest screen unlock” in-screen fingerprint sensor. It will be powered with Qualcomm Snapdragon 855 SoC which supports maximum clocking speeds of up to 2.84 GHz coupled with Adreno 640 GPU. 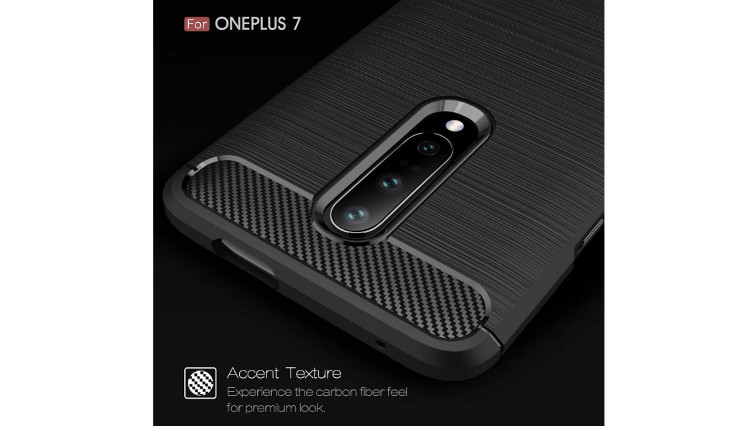 OnePlus 7 will come in two different variants – 8GB RAM +128 GB storage and 12 GB RAM + 256 GB internal Storage. The phone will have a 4000 mAh battery with 44W super fast Dash charging technology and it will run on Oxygen OS 9 based on Android 9.0 Pie.

For the camera, it will be equipped with triple rear camera setup with 48MP+20MP+5MP. On the front, the phone will have a 16MP pop-up camera sensor for selfies and video calling.