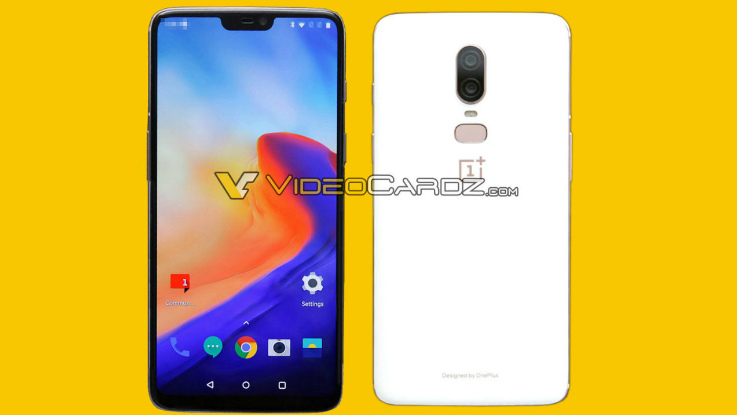 The front clearly sports an iPhone X-like notch, which the brand has already confirmed.

OnePlus is all set to launch its latest OnePlus 6 on May 16 globally and on May 17 in India. Now, just ahead of launch a new render of the upcoming smartphone has emerged online leaving very little to the imagination.

The leaked render was obtained by VideoCardz and it shows the front and back panel of the device. The front clearly sports an iPhone X-like notch, which the brand has already confirmed. Further, the size of the top notch is relatively smaller as compared to other smartphones with the notch. The bottom chin looks similar as well. The right houses new Alert slider and power on./off button, while on the left, there are volume controls.

The back of the smartphone features vertically-aligned dual rear cameras and just beneath it is the LED flash. Interestingly, the oval-shaped fingerprint sensor looks quite odd in our opinion. That said, the latest renders is in line with the previous leak, though we still authenticate this render as it is not from theusual source of leaks.

Meanwhile, a new posted has been found on OnePlus’ official website for India revealing that the smartphone will new Super Slo Mo mode. This means that the smartphone will be able to capture slow-motion videos, though there is no information available about the resolution and frame rate. It would be interesting to see whether OnePlus will be able to match the 960fps slo-mo videos that Samsung and Sony are currently offering with their flagship devices.