The official listing confirms that the smartphone would be known as OnePlus 5T and it will come with a bezel-less display.

OnePlus 5T has been subjected to various leaks in the past and now, it has been spotted on company’s official website, revealing some key information about the upcoming smartphone.

The official listing confirms that the smartphone would be known as OnePlus 5T and it will come with a bezel-less display. Sadly, the listing has been taken down, but a Twitter user, @Jacky_Tech, was able to grab screenshots of the listing. 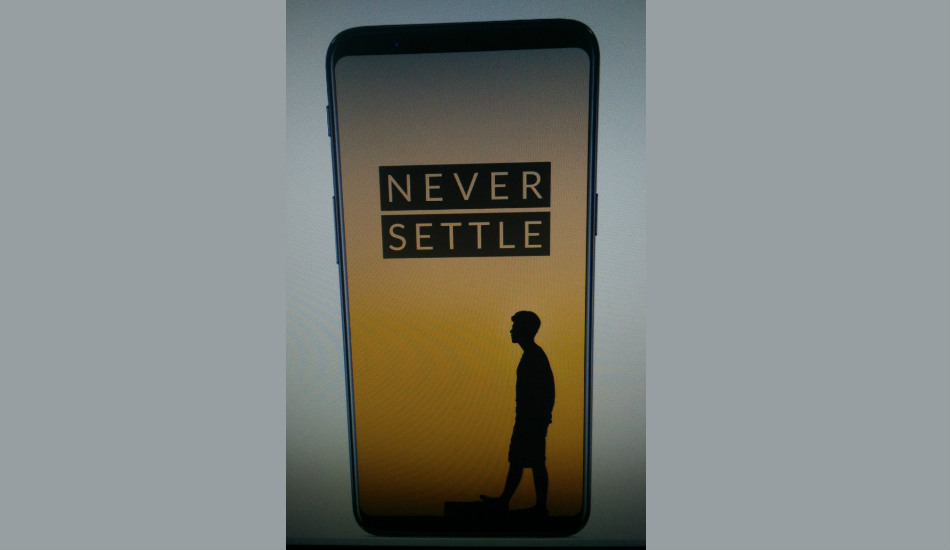 The website listing reveals the tagline of the upcoming smartphone, which is “Larger screen. Same footprint”. This means that the smartphone will come loaded with bezel-less design and it will sport an aspect ratio of 18:9, which is becoming a new standard in the smartphone industry. The tagline could also possibly mean that the company has managed to keep the dimensions and weight on the 5T similar to what we have seen in the OnePlus 5.

The photos also revealed the front panel of the device. To start with, you get a minimal top and bottom bezels, which is similar to what we have seen in other flagship smartphones, like the Samsung Galaxy S8, LG V30 and more. Interestingly, the front-facing fingerprint sensor is missing, which could mean that it has been shifted to the back panel. The right houses a power on/off button, while on the left, there is Alert Slider along with volume controls.

However, it seems that this time also OnePlus will take clues from Oppo’s upcoming R11s smartphone. Both the devices look a tad similar to each other, especially, from the front.