The smartphone will feature a dual rear camera setup of 12-megapixel. 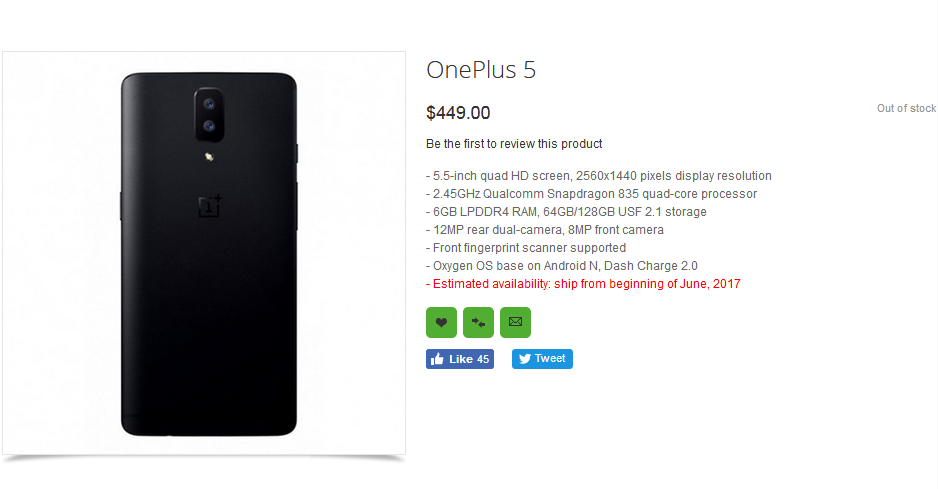 As per Oppomart listing, the OnePlus 5 has a 5.5-inch quad HD (2560 x 1440 pixels) display. A Qualcomm Snapdragon 835 2.45 quad-core processor with Adreno 540 runs the phone with the help of 6GB RAM. It offers 64GB/128GB internal storage. This 4G smartphone runs on Android Nougat operating system, as per the listing. It is backed up by a 3580 mAh non-removable battery with Dash Charge 2.0 technology.

The listing also shows that the smartphone has dual rear camera setup of 12-megapixel. On the front, it has an 8-megapixel shooter for selfies. The dual sim based OnePlus 5 will come with a front-mounted fingerprint sensor.