The leaked image of the retail box confirms the dual-camera setup on the OnePlus 5.

Yesterday, we reported that OnePlus 5 is touted to be the slimmest flagship, according to OnePlus CEO Pete Lau. We already know that the company is expected to launch the smartphone on June 15 and as we are heading towards the launch, an alleged leaked image retail box of the upcoming device has surfaced online confirming that it will come loaded with a dual-camera setup.
The leaked image of the retail box was obtained by Android Authority, which shows one of the sides of the retail box of the upcoming OnePlus 5 with a tagline that reads, “Dual Camera. Clearer Photos.” The report further adds that the smartphone might come with a second tagline “Focus on what matters” as well. 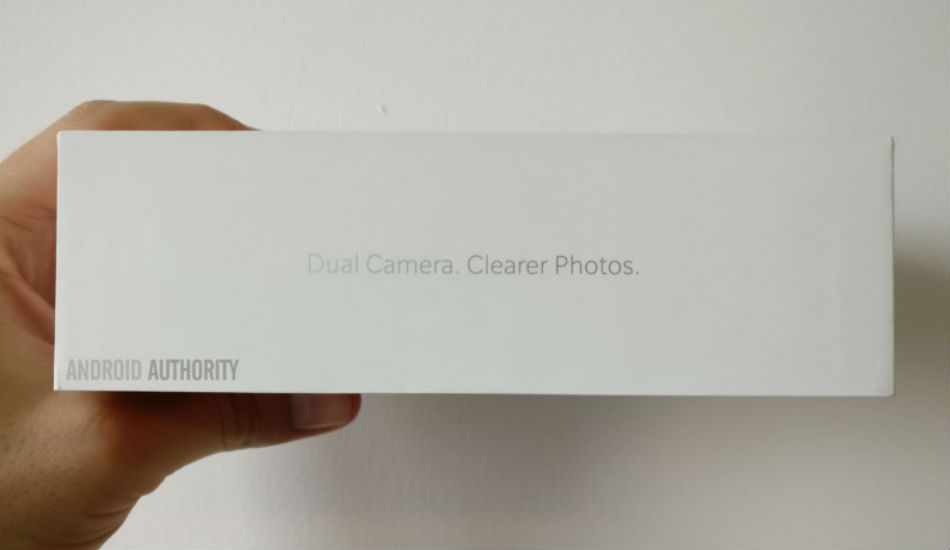 Meanwhile, another leak reveals that the smartphone will come with a 3300mAh battery. According to an image posted on Weibo, the phone will sport the above-mentioned battery backup. For your reference, the OnePlus 3T was loaded with a 3400mAh battery. The lower capacity would have used to make reduce the thickness of the device.
Recollecting some previous leaks, OnePlus 5 will run on the latest Android 7.1.1 Nougat and will be powered by the latest Qualcomm Snapdragon 835 processor along with Adreno 540 GPU. The smartphone is reported to boast a Full HD display with a screen resolution of 1080 x 1920 pixels, which contradicts previous rumours predicting a Quad HD display for the upcoming flagship device.
The screen size will be of 5.5-inch. The device will be backed by a 6GB of RAM and 64GB of internal storage. Interestingly, similar to what we saw on OnePlus 3 and 3T, OnePlus is likely to go with a front-facing fingerprint scanner at the front. OnePlus is also expected to introduce the new Dash Charge 2.0.