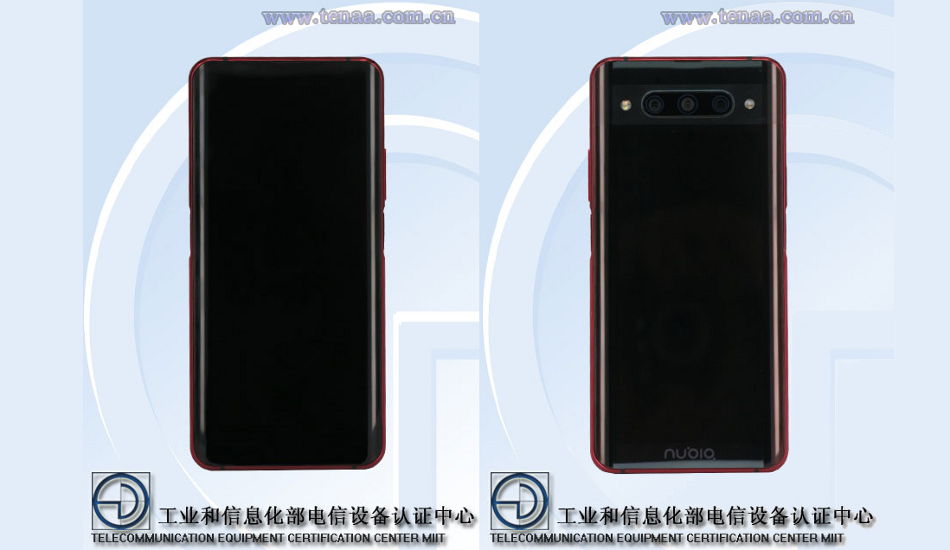 Nubia Z20 sports a ‘Koi Red’ colour that is inspired from the Living Coral Pantone color of the year 2019.

ZTE’s nubia brand will launch its upcoming flagship Z20 smartphone in China on August 9. Now ahead of the launch, Ni Fei, President of the Nubia brand has shared a render of the phone. Apart from this, the phone has also received 3C certification in China.

As per the render, the upcoming Nubia Z20 will feature a curved design on the front as well as the back. The device sports a ‘Koi Red’ colour that is inspired from the Living Coral Pantone color of the year 2019. There’s also the inscription, ‘DESIGNED BY NUBIA’ on the left side of the device. 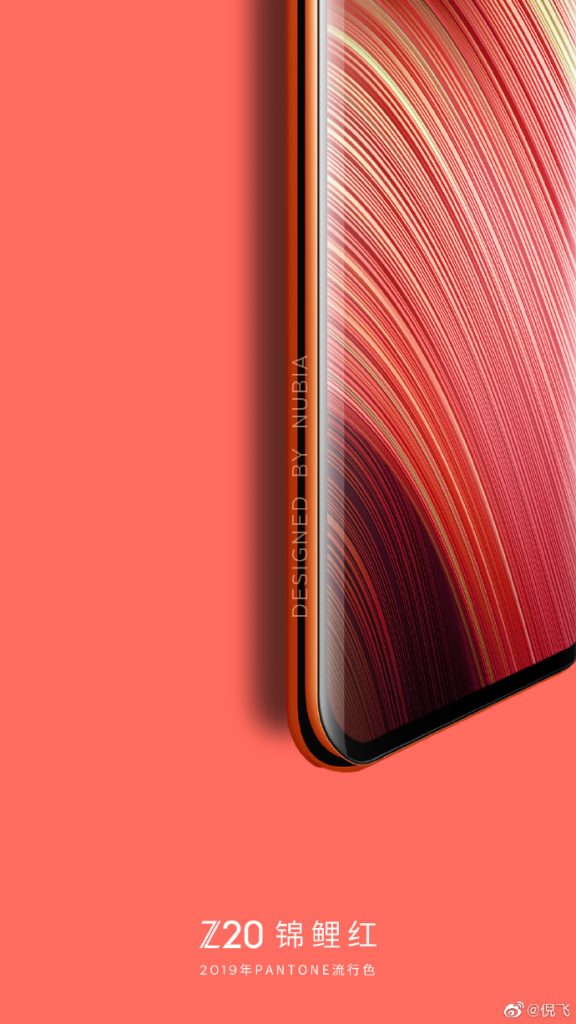 Nubia device with model number NX627J has received the necessary 3C certification in China. Although the 3C certification did not reveal much information about the upcoming smartphone, it reveals that the Nubia phone features NB-A930-USBA-1 charger that carries support for 30W fast charging. The TENAA listing of the phone has already revealed that the phone will come with a 4,000mAh battery.

As per the TENAA listing, the Nubia Z20 features dual displays like theNubia X smartphone launchedlast year. The Z20 has a front OLED display of 6.42-inch that supports full HD+ resolution of 1080 x 2340 pixels and 19.5:9 aspect ratio. The rear side of the phone features a 5.1-inch OLED display that supports the same resolution and aspect ratio. The smartphone will be powered by an octa-core processor that clocks at 2.956GHz which suggests that it could be equipped with Snapdragon 855+ SoC.

The Nubia phone will have a 6GB/8GB/12GB of RAM variants with 64GB, 128GB, 256GB, and 512GB internal storage. There is no support for external storage on the device. It will run Android 9 Pie operating system and the battery capacity will be 4,000mAh.

The smartphone will feature a triple rear camera setup with 48-megapixel primary sensor. Although the listing revealed a 16-megapixel front camera for the device, but as per earlier reports the device would not have a front-facing camera. The device measurements are 158.63 x 75.23 x 9.2mm and it weighs 186 grams. The phone will be available in Red and Black colours, TENAA listing revealed.