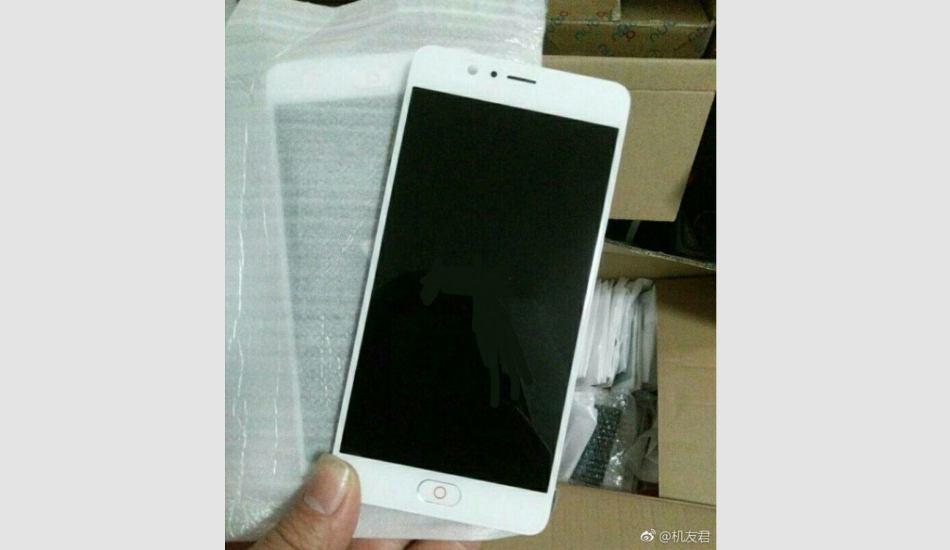 ZTE is all set to launch a new smartphone named as Nubia Z17 Mini with the dual-camera setup on March 21 in China. Just ahead of its official launch, the device has been leaked in an image on Chinese microblogging website, Weibo, which reveals the front panel of the device.

The image shows the Nubia Z17 Mini featuring a pill shaped home button on the front of the device. There is a capacitive red circle as the home key. We are not sure if the home button will feature a fingerprint sensor or not since the back of the device is not shown in the image. Also, the image reveals that the Nubia Z17 Mini does not feature a bezel-less display. We can also see the front facing camera, the proximity sensor and the earpiece at the top of the device.

As per previous rumours, the Nubia Z17 Mini is expected to feature 5.2-inch full HD display with 1080 x 1920 pixel resolution. Even though ZTE did not provide any details on the camera aspect, the list of leaked specs includes two 13-megapixel cameras on the back with Sony IMX258 sensors, while in the front there’s a secondary 16-megapixel camera for selfies and video calls. It will come in two variants 4GB RAM with Snapdragon 652 SoC and 6GB RAM with Snapdragon 653 SoC. The Nubia 117 Mini will come in two colours – Black and Gold. However, there will be another Blue colour variant with 4GB RAM and Snapdragon 653 SoC.

The smartphone will come with 64GB internal storage. A 3000mAh battery will power the phone with for Quick Charge 3.0 technology. There will also be a USB Type-C port and fingerprint sensor in the device. It will be running on Android 7.0 Nougat operating system right out of the box.

For the price, the device is expected to be priced at 1,899 Yuan which is approximately Rs 18,172 for 4GB variant with Snapdragon 652. The Nubia Z17 Mini will be the successor of the Z11 mini which was launched in India last year for Rs 12,999.