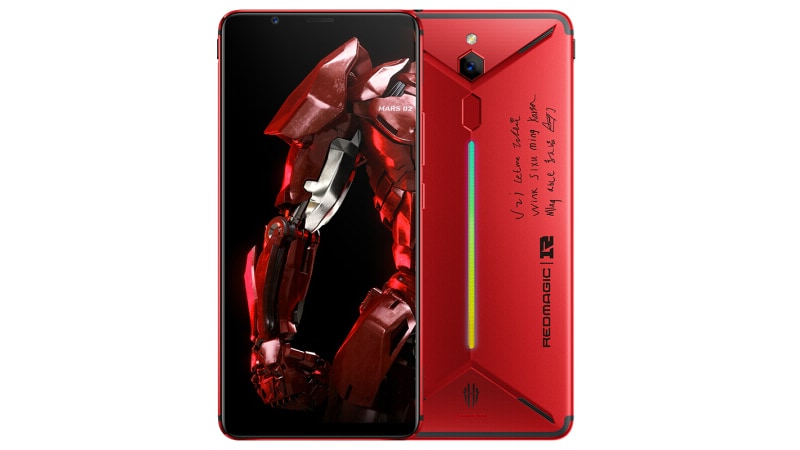 The Nubia Red Magic Mars RNG Edition comes in a single Red colour option along with the signatures of the RNG team members in Black colour.

RNG stands for “Royal Never Give Up”, which is a Chinese eSports club that competes on League of Legends’s Pro League. The phone has signatures on the back of the phone from the various players in the team.

The Nubia Red Magic Mars featuress a 6-inch Full HD+ display with a resolution of 2160 x 1080 pixels. Under the hood, there is an octa-core Qualcomm Snapdragon 845 SoC, coupled with 8GB and 10GB RAM options. The phone runs Red Magic OS 1.6, which is based on Android 9.0 Pie and fueled by 3800mAh battery with fast charging.

For the camera department, the smartphone 16MP rear camera with dual-tone LED flash, f/1.8 aperture, PDAF. For the front, it has a 8MP sensor with wide-angle lens, f/2.0 aperture and support for Face unlocking. The phone also features a fingerprint sensor at the back. Nubia has included DTS 7.1 surround sound. It has liquid and air cooling technology that aims to cool down the temperature while playing intense games.