Hype for Nothing Phone (1) continues to build up every day. 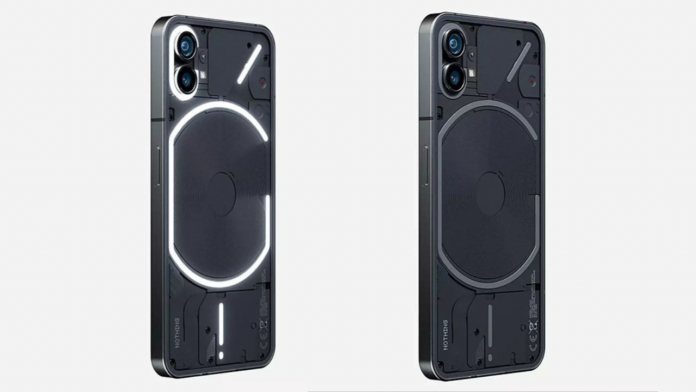 As the hype around the Nothing Phone (1) continues to build up and its launch nears, details of the smartphone are slowly breaking cover via a bunch of leaks. Apart from leaks, Nothing CEO Carl Pei is also confirming features of the smartphone and the latest one to get confirmed is the processor of the device which is going to be Snapdragon 778G+.

Separately, WinFuture posted the photos of the Black variant of the Phone (1) which hasn’t been showcased by the company as of yet. Nothing has only revealed the White colour of the Phone (1) but it seems like the brand wanted to keep the black variant a secret till launch. The Phone (1) in black has an identical design to the white one, except of course, the colour.

Next, an Amazon Germany listing says that the Phone (1) will be available in three variants with following prices:

Nothing Phone (1) Specifications leak once again

Meanwhile, tipster Yogesh Brar leaked the detailed specifications of the Phone (1) which seem different than what has been tipped earlier. As per him, the Phone (1) features a 6.5-inch full-HD+ (1080 x 2400 pixels) display with a 120Hz refresh rate and HDR10+ support.

The device has now been confirmed to feature Snapdragon 778G+. Moreover, the device will come in three variants including 8GB + 128GB, 8GB + 256GB and 12GB + 256GB. As for optics, the device comes with a 50MP Sony IMX766 primary sensor and a 16MP ultra-wide angle sensor. At the front, there’ll be a 16MP camera sensor.