Nokia X reveals itself at TENAA, goes all in for the notch

HMD’s first phone with a notch will be unveiled in China on May 16th.

With less than a week to go for its launch, the Nokia X finds itself listed on Chinese verification website TENAA as the Nokia TA-1099. This is the same device that surfaced in a video last week as it showcases itself in a 147.2 x 70.98 x 7.99 mm form factor.

Weighing at a little over 150 grams, the Nokia X sports a 5.8-inch FHD+ display with a resolution of 2280 x 1080 pixels and a notch at the top, smaller in size to the iPhone X. The device is powered by a 1.8GHz octa-core processor with 3GB/4GB/6GB RAM options to choose from and 32GB/64GB of onboard storage. 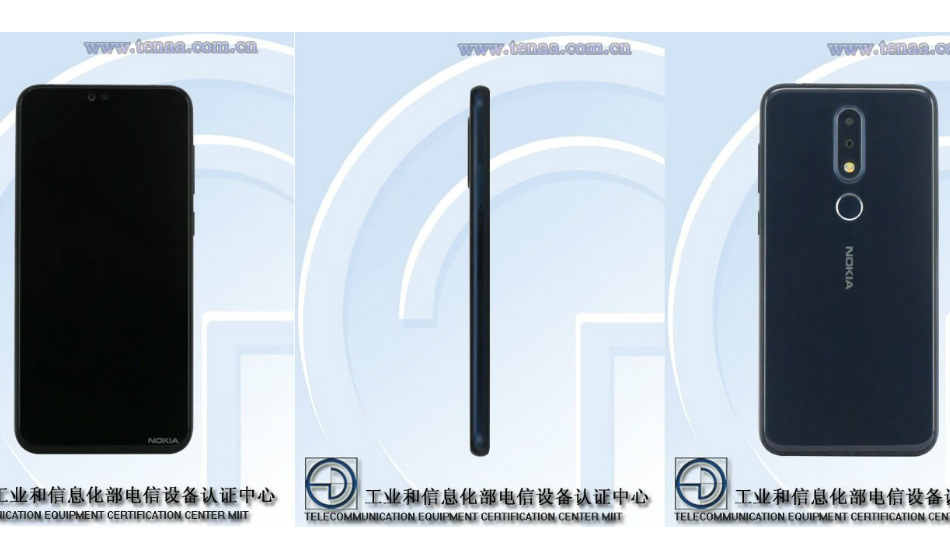 There appear to be two cameras at the back both possibly 16-megapixel lenses, not of Carl Zeiss’ making. The front-facing camera is expected to be a 16MP sensor as well.

Nokia X will feature 3,000mAh battery with fast charging and will run on the latest Android 8.1.0 Oreo. The device will be made available in four colour variants namely; white, black, blue and silver, all of which will be revealed on May 16th in China.