Nokia schedules an event on July 11, is it launching Nokia X5?

A poster on the Chinese micro blogging website, Weibo has been spotted on the page of Nokia Mobile phones which has revealed that the company will be holding a launch event on July 11 in China at 8pm local time (5:30pm IST). Nokia has not revealed the name of the smartphone to be launched, but it is expected that Nokia 5.1 Plus, a.k.a. Nokia X5 smartphone will be launched.

The poster mentions that the new phone will be part of the Nokia’s X series. So it can be said that the company might launch Nokia X5 in China on July 11. It is to be noted that the launch date is inline with the recently leaked report revealing the launch date and the pricing details of the smartphone. Nokia X5 will be launched globally as Nokia 5.1 Plus later just like Nokia X6 that will be launched globally as Nokia 6.1 Plus. 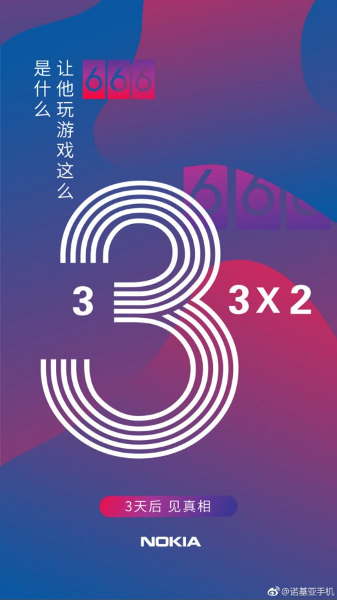 As per a recent post on Baidu, the company might announce two other smartphones – one featuring Snapdragon 710 SoC and other with flagship Snapdragon 845 processor. The SD710 phone might be the successor of the Nokia 7 plus and will be unveiled either in Autumn or Winter. The report said it might be announced at the end of September. The other phone with Snapdragon 845 processor is expected to come with an in-display fingerprint. It is said to be launched sometime by the end of Q3, probably August.