Nokia phone alleged to be Nokia 7.3 spotted on set of next James Bond movie

HMD Global will be launching several Nokia phones later this year. One of them is expected to be the Nokia 7.3 5G, expected to unveil the smartphone in September at IFA Berlin 2020. Now a Nokia phone alleged to be Nokia 7.3 5G has been spotted on the set of the upcoming James Bond movie No Time To Die.

As per a report by Nokiamob, a third Nokia phone was spotted on the set of No Time To Die during a tour by Prince Charles. According to tipster Nokia Anew, the device in question is the Nokia 7.3. 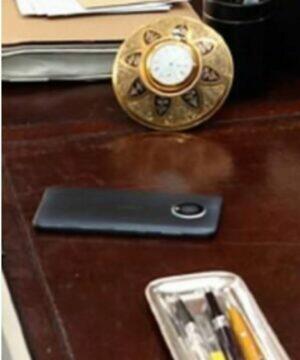 After Nokia 8.3 5G, Nokia 7.3 will be HMD Global’s next 5G phone. The device is touted to emerge as the cheapest 5G smartphone from Nokia. Nokia 7.3 smartphone is said to be the successor of Nokia 7.2 which was launched last year.

Nokia 7.3 could be powered by Qualcomm Snapdragon 690 5G chipset with 6 GB of RAM. There could be 90 Hz display as well. Nokia 7.3 could feature quad rear camera setup with a combination of a 64-megapixel main camera along with a depth camera, a macro camera, and an ultra-wide shooter. Nokia 7.3 may sport a selfie camera of 24-megapixel or 32-megapixel.

Nokia 9.3 Pureview, Nokia 7.3 expected to launch in August or September