Jryki Rosenberg, vice president - media and entertainment, Nokia along with two key executives shared some insights about the Nokia Mix Radio with The Mobile Indian.

Nokia Music service has been quite popular among the Indian consumers considering its easy availability on the mobile phones. Several digital music services have entered the competition while Nokia Music continued to work closely with the music labels and mobile operators of India. Last week, Nokia introduced the Mix Radio service to replace its existing Nokia Music. The Nokia Mix Radio service is available for Windows Phone platform as of now.

In Mumbai, the 5th Nokia Music Connects event was scheduled and luckily we were invited. The event was mostly focused around on how to make digital music better and the business sense around it. However, the most important highlight of the event was the Nokia Mix Radio and the announcement of opening the Music APIs (Application Programming Interface).

Nokia Mix Radio is a digital radio service that allows streaming free songs from artists suggested by the Nokia’s music service. At any point of time, if the user does not like the song, there is a skip button to the next song.

Nokia Mix Radio basically replaces the Nokia Music app on the Windows Phone platform and the service debuted in 31 countries including India. The Mobile Indian interacted with Jyrki Rosenberg to understand more about the Nokia Mix Radio.

While there are several mobile and web based music streaming-downloading services, Mix Radio remains a special project for Nokia. Rosenberg explained, “Nokia Mix Radio is essential mobile first because the music discovery is very essential on this platform. Users need not access their computers to create the mixes. With the Mix Radio, Nokia offers a very simple and easy to use service to discover new music and artists.”

Previously, the Mix Radio was a sub component of the Nokia Music app and by tuning to different channels; the user could stream music for free. Of course, there data charges would occur for streaming music over the data connection. However, the songs streamed were totally free and with an option to download for those with Nokia Music Unlimited subscription.

Mix Radio brings a new logo that looks like a smiley but in fact is an inverted headphone icon. The logo is a subtle way to deliver satisfaction to the Mix Radio users by aiding better music discovery. Mix Radio removes all the frictional navigation steps to start the previous Mix Radio service and make it available to user as quickly as possible.

But will Mix Radio be accessible from other platforms? Rosenberg stated that the Nokia Mix Radio currently supports the Windows platform, Xbox platform and the HTML5 based web platform.

“Play Me anchored in the MixRadio app allows instantly streaming the live radio channels to listen to any artists based on suggestions. These auto-suggestions are curated based on the carefully analysed data that includes tracks purchased, tracks liked and existing tracks on the device. The back-end system then cues up the songs that the user may enjoy,” Rosenberg explained. Play Me button can be added to the start screen as tile to start the music instantly.

Tom Erskine, commercial director, Nokia Entertainment, said, “The backend systems at Nokia even note the skips tapped by the user while using the Play Me option in Mix Radio. That is also taken into account for better recommendations along with the new Thumbs up or down inputs by the user. The system is smart enough to know the user’s music moods that it can predict to cue up specific music genres as per listener’s choice on particular day of the week. Like Blues on Mondays and Party music on Saturdays.”

User’s playlist will have couple of artists automatically included with grey text to depict that those artists appeared as per the recommendations. One can easily remove these automatically added artists by simple long press on the name and choosing the option from the slide down menu. 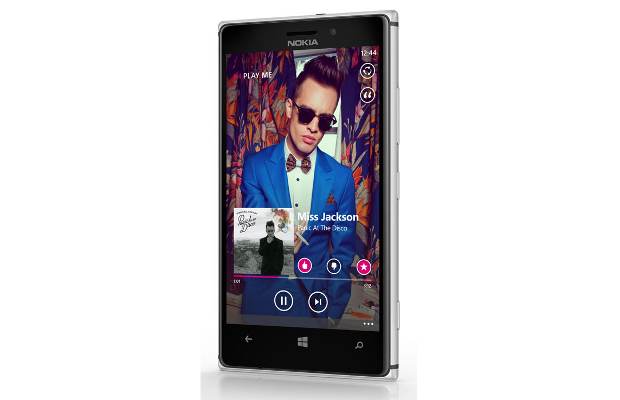 The Play Me window has a Nokia Social Sharing service integrated to share the current playlist/song with friends over Facebook, Twitter, Email or SMS. The shared post will have a play button which when clicked, will open the Mix Radio app and start playing the song for the Windows Phone devices.

On other mobile platforms or web, the shared posts’ play button will trigger a HTML5 driven web interface of the Mix Radio to enjoy the music. In both cases, the user can continue to explore and discover the new music artists from the Mix Radio and web interface respectively.

The artist details not only offer the songs performed/offered by Mix Radio but also, the biography of the artist and also the tour dates for couple of months are visible. All this information is accessible in the Mix Radio app and can be browsed anytime without leaving the app or stopping the music.

“Nokia Mix Radio offers a library of 10 million songs with a support for more than 20 different languages for the Indian consumers. A dedicated team works with system to detect any errors and fix the meta tags even for regional languages for the songs offered India. For us, even the meta tags for music in different languages are important to make music discovery experience same irrespective of the language. “, Rosenberg stated.

Out of all the music streaming services, the Nokia Mix Radio offers consistent quality without letting the user experience compromised. The quality of 256 Kbps music file is almost same as the 320 Kpbs file streamed on the Mix Radio and thereby leaves many boggled about some sort of smart magic happening. Consistency of the data networks and power of the mobile phones are two major challenges that stand in front to deliver the same quality experience.

Karan Grover, head of entertainment – IMEA, Nokia, clarified, “Nokia Entertainment aims for the CD quality music. The systems and offerings for the India have been designed slightly different to deliver the same quality music experience.” 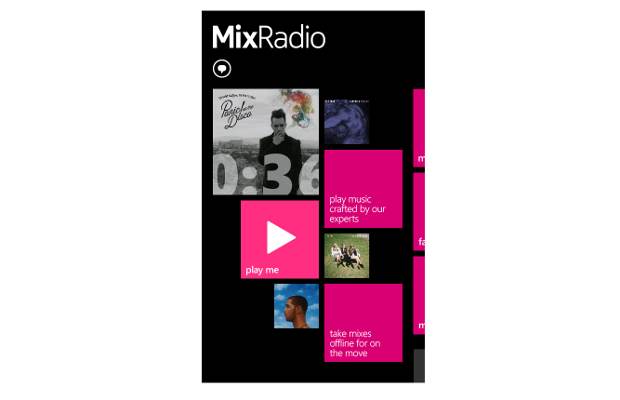 Best part of the Nokia Mix Radio is that it allows creating playlists from the mobile itself. There is no need to access a computer to create the playlists of choice. The Mix Radio app also allows saving the Mixes (playlists) offline for the users. This is an essential feature for users based in India as the data charges are still high. With the offline music, the users can enjoy them any time.

Nokia Entertainment along with the HERE team is currently in talks with several automobile makers for delivering the Mix Radio experience to the automobiles as well. The new Lumia 2520 along with other Windows 8 tablets will support the personalised Mix Radio experience. Also, the Bing search app can now listen to the music being played and get you the respective track in the Nokia Music Store. Not only that, Nokia Music is working closely with the services such as Shazam to offer the Nokia Music Store as one of the search result options for users to buy the track.

When The Mobile Indian was asked about expectations from Nokia Mix Radio, we echoed a very probable near future scenario. The possibility to trigger work out playlist on a Windows Phone device paired with a SmartWatch, while stepping outside for a jog, cycle ride or in the gym.