The specifications of the Nokia G50 5G have emerged online via a TENAA listing. The device should come with Snapdragon 480 SoC. 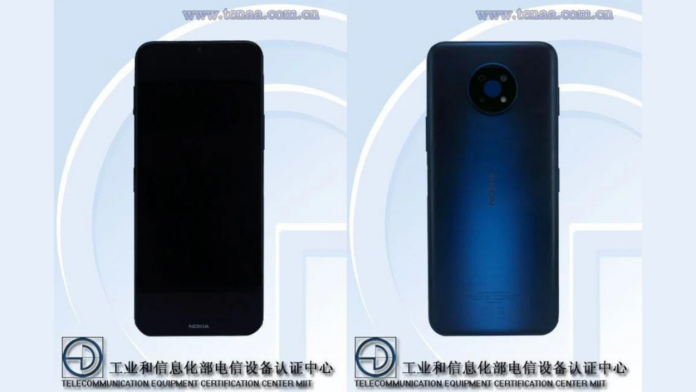 Nokia is working on a new 5G smartphone that is said to be the cheapest 5G offering from the company, called the Nokia G50 5G. The specifications of the smartphone have now been tipped via a TENAA listing.

A 2GHz octa-core processor will apparently power the device. This chip appears to be the Snapdragon 480 SoC. The TENAA listing says it will have multiple RAM options. These would include 2 GB, 4 GB, 6 GB, and 8 GB options. Storage choices should include 64 GB, 128 GB, 256 GB and 512 GB. It has expandable storage support also.

Further, there’s a 48-megapixel primary camera on the back. The circular camera module on the rear of the device has a triple camera unit and an LED flash. The details for other sensors are unknown as of now. Furthermore, on the front, it has an 8MP sensor.

In recent news related to Nokia, the Nokia 5.4 has started receiving Android 11. The updated version is V2.120, and it weighs in at 1.77 GB. In addition, the update brings the August security patch as well. However, the company has not officially announced the Nokia 5.4 Android 11 update.

To recall, the phone was launched with the Android 10 operating system earlier this year. If you own a Nokia 5.4, you will get a notification of the software update. If you haven’t received Android 11 yet, you can check for the update manually as well.