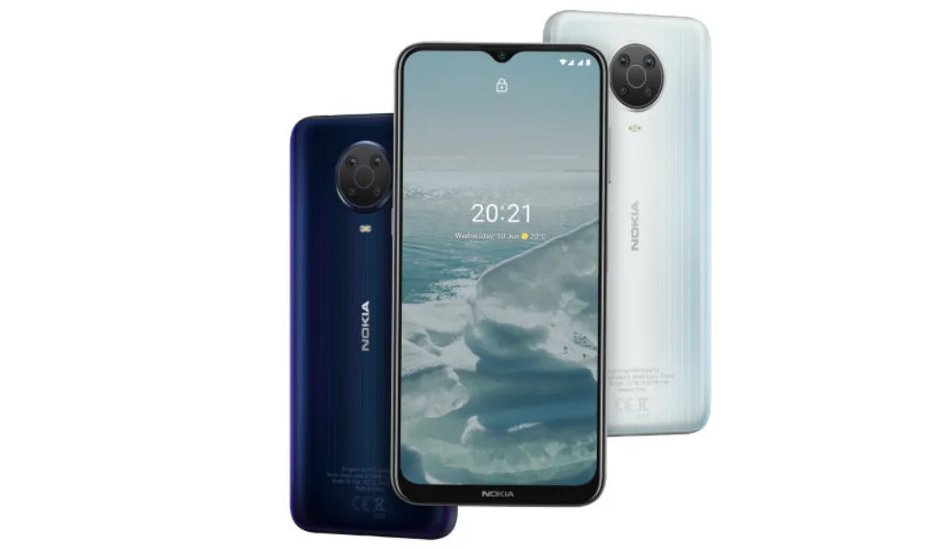 Nokia G10 and G20 are soon expected to launch in India. Both the phones have been certified by Bureau of Indian Standards (BIS) in India.

The appearance on the BIS indicates that the India launch of both smartphones is just around the corner. The BIS certifications however do not provide any information on their specifications.

Nokia G10, G20 come with model number TA-1334 and TA-1365 on the BIS listing. Tipster Mukul Sharma has shared the screenshot of the listings on his official Twitter handle.

For the camera, the Nokia G20 comes with a quad-rear camera setup with a 48-megapixel f/1.79 primary sensor, a 5MP ultra-wide angle sensor along with a 2-megapixel depth sensor, and a 2-megapixel macro shooter. For front, there is an 8-megapixel selfie camera sensor with Fixed Focus.

The Nokia G10 has a triple camera setup consisting of a 13MP primary shooter paired with two 2MP shooters each for macro and depth shots. And on the front, it has the same 8MP sensor for selfies as the G20.

The Nokia G10 and G20 pack a 5050mAh battery with 10W charging support. The smartphones run on Android 11 out of the box with 2 years of guaranteed updates. Connectivity options include 4G, Wifi, USB-C port for charging, 3.5mm headphone jack, Bluetooth 5.0.

Both the phones have a side-mounted fingerprint scanner. Additional features include Google Assistant key, and IPX2 rating for both the phones.