The stock browser for Nokia S40 devices and the new beta for Lumia devices face security concerns over encryption of sensitive data.

The Nokia Xpress browser, which is one of the most popular applications on Nokia’s Asha range of feature phones and now also has made its way to Lumia devices, may leave your private and sensitive information in wrong hands.

This has been revealed by security researchers, who said that Nokia Xpress browser’s acceleration technology, which encrypts data before sending it out to the source, is leaving the data accessible for the company.

The Nokia Xpress browser decrypts any information users are trying to send to websites and then again decrypts it before sending, potentially reading all the information such as credit card information, banking passwords and everything in between. 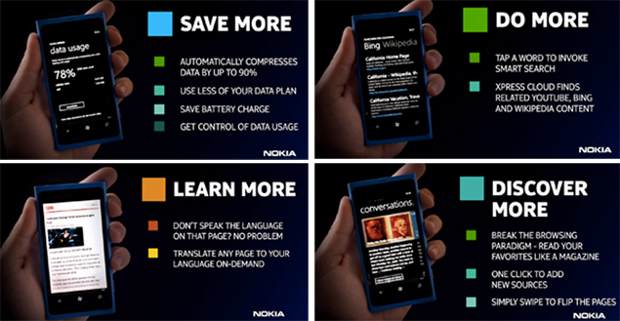 As encrypted and compressed data is sent over to the devices, users get to access faster internet speeds at the fraction of cost. With the use of this acceleration technology, websites are compressed at the server level before being sent to the mobile devices thus allowing devices to complete tasks while reducing data downloads.

Nokia has however responded to the claims of the security researchers saying, “Nokia has implemented appropriate organizational and technical measures to prevent access to private information.”

But the problem is that users’ private information can still be accessed by company officials.

Nokia is not the first one to use the data compression technology as Opera has been using this technology for a long time now for their mobile and PC based web browsers. But encrypted pages are not included for compression leaving security and integrity of data intact.