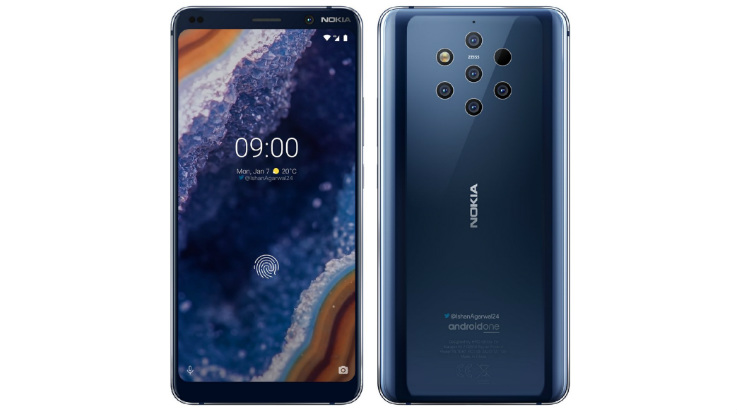 It seems that the Nokia 9 PureView could feature a stainless steel frame, which should make it durable in nature.

HMD Global is all geared up to launch a slew of Nokia-branded smartphones at the Mobile World Congress (MWC) 2019 on February 24. The brand is expected to introduce the Nokia 9 PureView phone at the launch and just ahead of launch, some official-looking renders of the upcoming smartphone have been leaked online.

The renders were posted by the tipster Ishan Agarwal and it gives a glimpse of the design language of the upcoming smartphone. The renders show the back and front panel of the device. To begin with the back panel, one can clearly see five cameras placed the top-centre position of the panel in a circular formation. There are seven holes out of which fives will feature camera sensors, while the other two will feature a LED flash and laser autofocus sensor. The phone will come with a glass finish and we might see a gradient finish in this smartphone. 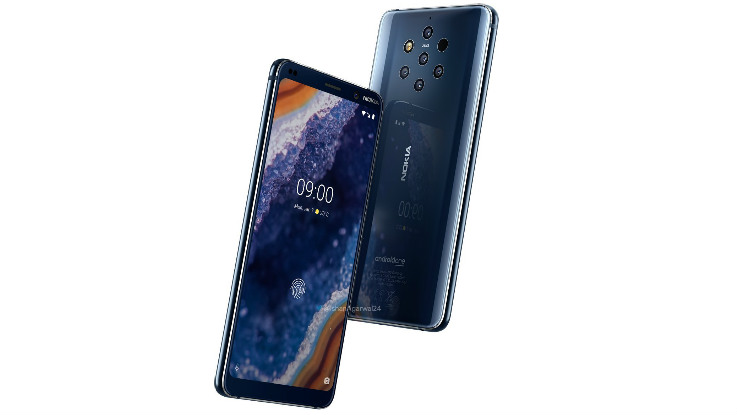 The front panel reveals that the smartphone will feature an 18:9 aspect ratio. The side bezels are kept minimal, although there are some noticeable bezels on the top and bottom of the screen. The top panel houses a usual array of sensors, an earpiece and front-facing camera along with Nokia branding. The antenna runs at the top and base of the smartphone. It seems that the Nokia 9 PureView could feature a stainless steel frame, which should make it durable in nature. The render also shows that the smartphone will feature an in-display fingerprint sensor.

As per earlier reports, the Nokia 9 PureView might be priced at 749 Euros (approximately Rs 59,887) and 799 Euros (approximately Rs 63,885) depending upon the market. The Nokia 9 PureView is expected to feature a 5.99-inch edge-to-edge QHD PureDisplay screen with 2K resolution and HDR 10 capability. It will be powered by Qualcomm Snapdragon 845 SoC, coupled with 6GB RAM and 128GB inbuilt storage. It will support Qi wireless charging.