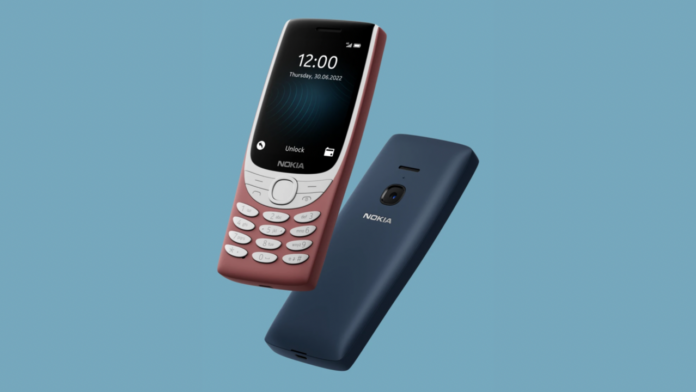 The Nokia 8210 costs Rs 3,999 and is offered in Dark Blue and Red colours. It is currently available for purchase via the Nokia India website and Amazon. The company is also offering a one-year replacement guarantee on the phone.

Nokia 8210 4G comes with a 2.8-inch QVGA display and is powered by a Unisoc T107 SoC, paired with 128MB of RAM and 48MB of onboard storage. The inbuilt storage can be expanded up to 32GB via a dedicated microSD card slot. At the back, there’s a 0.3-megapixel camera sensor.

The feature phone sports FM radio with wired and wireless mode, and an MP3 player as well. Connectivity options include a 3.5mm headphone jack, a Micro-USB port, dual SIM 4G, and Bluetooth 5.0. The Nokia 8210 4G comes preloaded with games including Snake, Tetris, BlackJack, for entertainment purposes and also packs a torch.

As for battery, it is backed by a 1,450mAh battery that is claimed to deliver up to 6 hours of talk time on a 4G network or up to 27 days of standby time.

Meanwhile, Nokia C21 Plus was launched in India last month as another budget offering from the brand. The smartphone features a 6.5-inch HD+ display with 1600 × 720 pixels resolution. It packs 1.6GHz Octa-Core Unisoc SC9863A processor with IMG8322 GPU. The C21 Plus gets upto 4GB of RAM. For storage, the phone gets 32GB and 64GB storage options. Further, there is expandable memory up to 256GB with microSD.