The phone was listed on company’s Chinese website, which shows the front of the device.

HMD Global is expected to launch its first Nokia-branded flagship smartphone, the Nokia 8, on July 31. We have already seen some official press renders of the upcoming device and now the phone was found listed on company’s official website. 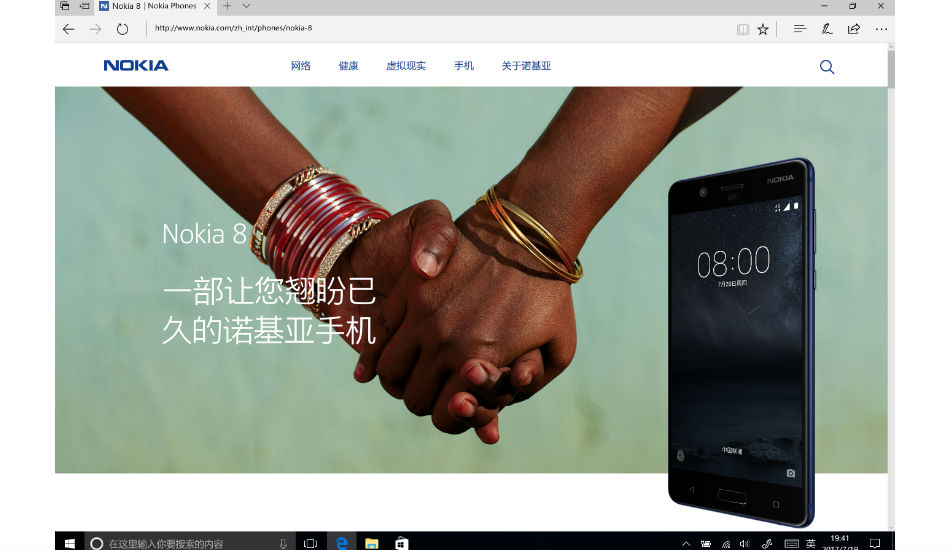 The phone was listed on company’s Chinese website, which shows the front of the device. However, the brand seems to have taken down the page at the time of writing as we tried to access the URL, which presents at this screenshot. However, the photo of the device looks eerily similar to previous press renders, which were leaked online. Previously, a Scandinavian retailer has claimed that the Nokia 8 will hit stores on July 31, 2017, at a price of €589 (approximately Rs 43,415).
You might also like this:
Talking about key specifications, the Nokia 8, bearing model-number TA-1004, is rumoured to feature a 5.3-inch Quad HD display with a resolution of 1440×2560 pixels and will be powered by Qualcomm Snapdragon 835 processor. It may have a 4GB RAM and 64 GB internal memory which can be further beefed by via microSD support. Also, it is expected that the device will support a dual 13-megapixel camera at rear and an 8-megapixel camera in the front. It is also expected to have a fingerprint scanner.