The Nokia 7 Plus has already received an Android 9 Pie update while the Nokia 6.1 Plus recently received Android 9.0 (Pie) beta update.

Nokia 7.1 was recently launched in London with Android Oreo operating system. Now seems like the phone will be receiving the Android Pie update soon as the phone has been spotted GeekBench benchmarking website with the latest version of Android.

The GeekBench listing implies that the company is perhaps testing the latest software and may release the same for the devices soon. The Nokia 7 Plus has already received an Android 9 Pie update while the Nokia 6.1 Plus recently received Android 9.0 (Pie) beta update. 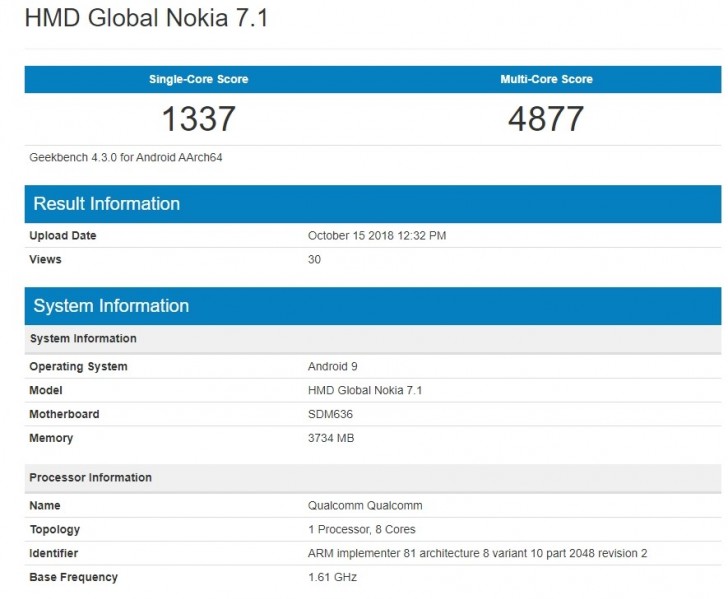 There is a dual rear camera setup of 12-megapixel (RGB) primary camera with dual LED flash, and a 5-megapixel (Monochrome) secondary sensor. For the front, it has an 8-megapixel camera. The Nokia 7.1 has a 3,060mAh non-removable battery with 18W fast charging and it runs on Android 8.1 (Oreo).