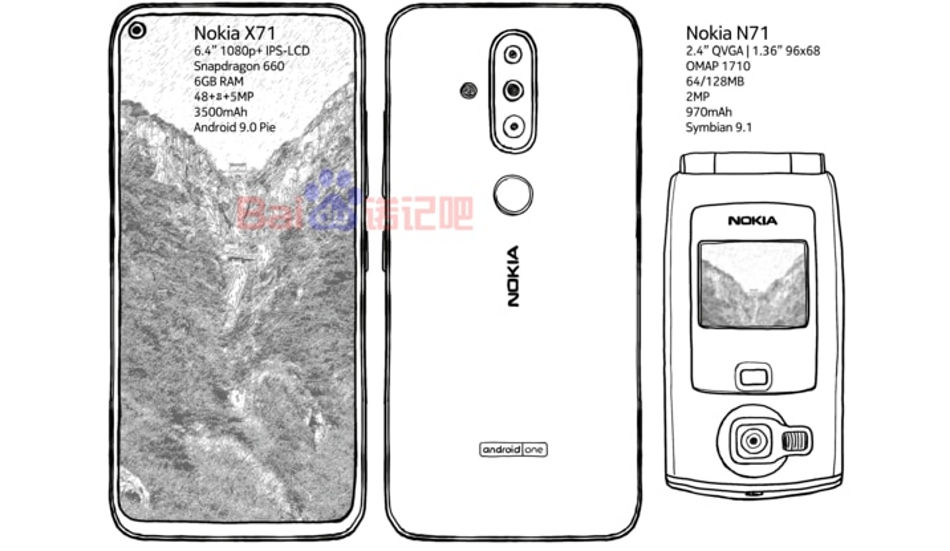 Now ahead of the launch, the price of the upcoming smartphone has leaked online.

HMD Global has scheduled a launch event inIndia on June 6 in which the company is widely expected to launch Nokia 6.2 smartphone. Now ahead of the launch, the price of the upcoming smartphone has leaked online.

As per a report, Nokia 6.2 could be launched in India for Rs 18,999 for the 4GB variant. The price of the upcoming smartphone has been leaked because of a prematurely launched Google advertisement. 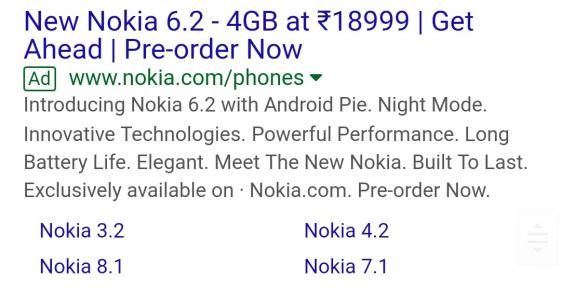 Google is known to push relevant ads when users search for something. The same thing happened when a user searched Nokia in Google. The search engine accidentally showed a Google Ad campaign for the Nokia 6.2. However, the same result was not shown when we searched for Nokia in Google.

The Nokia X71 is a mid-range phone powered by a Snapdragon 660 chipset featuring a 6.4-inch FHD+ Punch Hole display. The phone has 6GB of RAM and 128GB of internal storage. It has a 3,500mAh battery with 18W fast charging and it runs on Android 9.0 Pie out of the box. The phone also has a fingerprint sensor at the back.