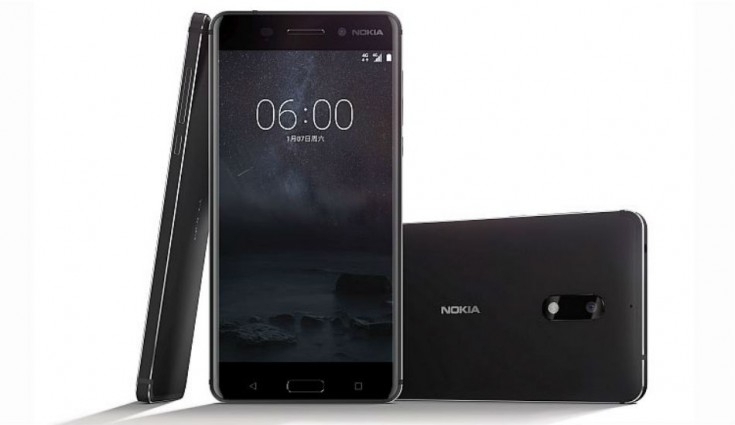 Nokia 6 was launched in India last year for Rs 14,999. Now the price of the smartphone has been slashed by Rs 1,500 and it is now available for purchase on Amazon for Rs 13,499. Nokia 6 comes in Matte Black, Silver and Tempered Blue colour options. 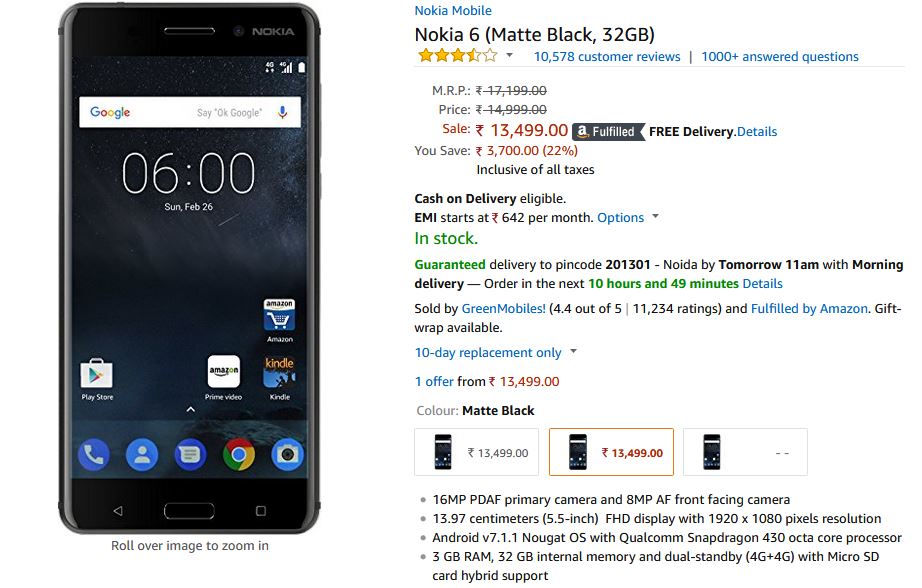 Nokia 6 has a 5.5-inch full HD with a screen resolution of 1920×1080 pixels and 2.5d curved display with Corning Gorilla Glass 3 protection. The company claims that it has taken 55 minutes to machine a single Nokia 6 from a solid block of 6000 series aluminium and received two separate anodising processes. Under the hood, the device is powered by an octa-core Qualcomm Snapdragon 430 processor along with Adreno 505 GPU. It comes with 3GB RAM and 32 ROM. There is a fingerprint scanner as well, which is embedded in its home button.

On the camera front, the smartphone flaunts a 16-megapixel camera with PDAF, 1.0um sensor, f/2.0 aperture, and dual-tone LED flash. While at the front, we have an 8-megapixel front-facing camera with a 1.12um sensor and f/2.0 aperture for selfies and video calling. The Nokia 6 was launched with Android Nougat but it later received Android 8.0 Oreo update and is powered by a 3000 mAh non-removable battery.