Nokia feature phone may arrive in India in single-SIM and dual-SIM versions.

Seems like HMD Global is getting ready for the launch of 4G enabled Nokia feature phone soon in the United States. The phones with model numbers TA-1047 and TA-1060 have already got the all necessary approval from Federal Communications Commission (FCC) that regulates interstate and international communications by radio, television, wire, satellite and cable in the US. Now the alleged 4G Nokia feature phone has also got the Bluetooth certification from the Bluetooth Special Interest Group (SIG). 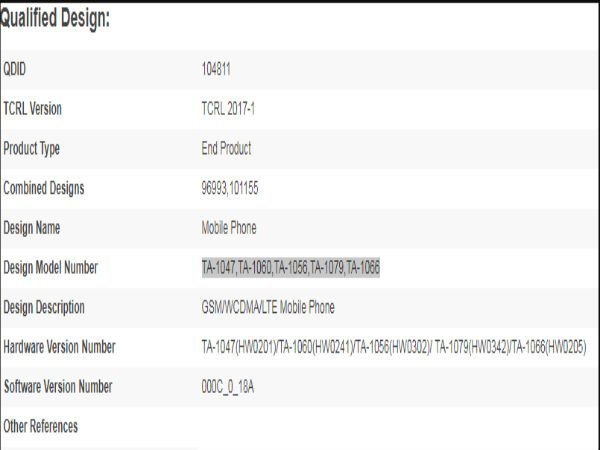 Sadly, the listing does not reveal anything about the hardware specifications of the smartphone. The Bluetooth listing via NokiaMobonly reveals that the phone has five variants as TA-1047, TA-1060, TA-1056, TA-1079 and TA-1066 Nokia phones have got Bluetooth certification.

The Bluetooth listing does not show the phone to be running on Android, so it is expected that the phone might come with series 30+ operating system. The FCC listing of the Nokia 4G feature phone revealed that the phone will measure 133 x 68 mm in dimensions and that it might have a QWERTY keyboard similar to the Nokia E72.

Meanwhile, HMD Global is likely to unveil the Nokia 9 along with a Nokia 8 (2018) on 19th January 2018. Since the Nokia 6 was announced in China in January and at MWC globally, it is likely that its successor might also debut at MWC 2018.